Aadhaar is a 12 digit unique-identity number which is issued to all Indian residents based on their biometric and demographic data. The data is collected by the Unique Identification Authority of India (UIDAI) and available for all citizens. In a push to digital India campaign by Govt of India, UIDAI has rolled out the official Aadhaar app for Android users.

The app, which is available in the Play store comes with information like name, date of birth, gender and address along with the user’s photograph and it is linked with one’s Aadhaar number. 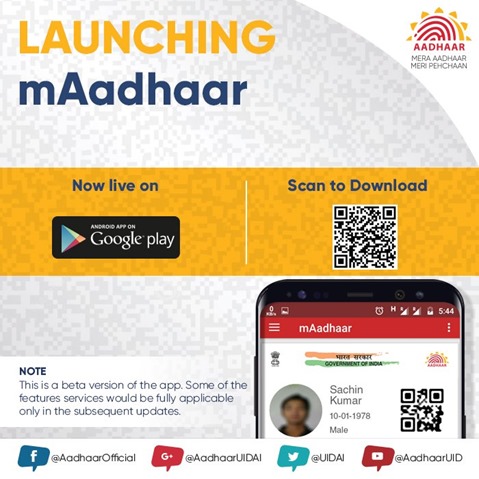 The app is current in beta and not all features work on the app. The app has protection and comes with a password lock and you need to provide it every time you open it. You can add your Aadhaar either by entering the number of scanning the QR code on the Aadhaar card. 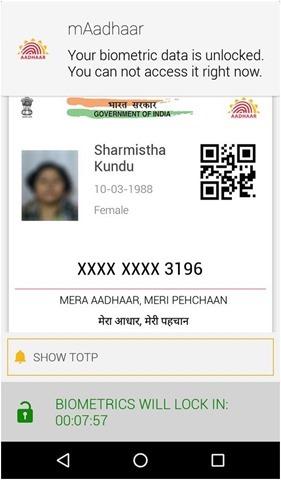 Key Features of the app:

The app also comes with Time-based One-Time Password (TOTP) which is an automatically generated temporary password which can be used instead of SMS based OTP. We expect more features to be added to this app in the future. You can download it from the Play store.