Xiaomi launched a new app called Mi Mover which was announced along with the release of Redmi Note 3. This new app helps move apps and data from an old device to a Mi Phone. It can transfer contacts, messages, photos, music, videos, documents, installed apps, and other data from any phone which has installed Mi Mover app.

One of the best feature of the app is that it supports connection speeds of up to 6MB/s and the company claims it will be even faster than restoring data from cloud backup. 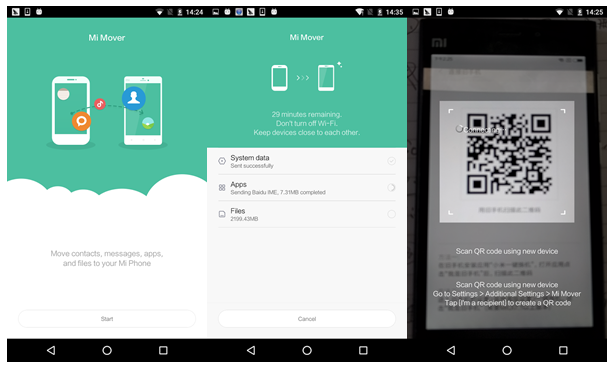 Once you have installed the app, there are two options, one for recipient and one for sender. If you are using from the new device, you need to select recipient. The app will show a QR code which can be scanned by the old device by selecting the sender option.

Once the connection is made the app will show the options for transfer. You can select from contacts, messages, photos, music, video and more. Since the two devices are connected directly, there is no security issues. The application creates a Wi-Fi hotspot and doesn’t require any wires or Internet connectivity to migrate the data.

Features of the app:

The app is compatible with all smartphones running Android 4.2 JellyBean OS and above. So next time you are moving to a new phone, you should be trying the Mi Mover app to transfer all the files and apps. The app is available in the play store.

How to Send an Email (Incognito) without Knowing Who you are

How to Create a Windows 10 App for WordPress Blog