Most of us use a secondary monitor to our desktop to increase your productivity while working online. Now if you own an iPad, you can easily use it as secondary monitor without having to get a new one. The screen on iPad, although only 10 inch, but it has awesome clarity and you can easily use it as secondary monitor leveraging its touch features. Air Display is a freeware app for Windows which with you can extend your desktop wirelessly to your iPad, iPhone, iPod touch or Mac as a wireless display. You need to download and install the app available for iPad/iPhone/iPod and then connect it from the desktop. 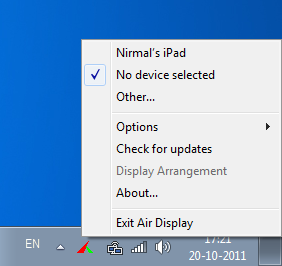 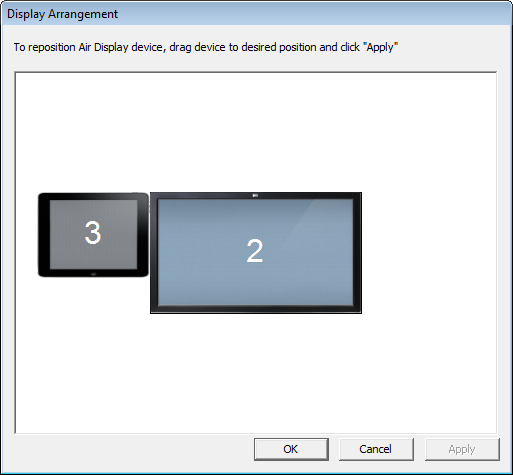 You can see from the below image, I have moved Tweetdeck app from my desktop to iPad. Now the interesting feature is that you can use Tweetdeck or any other app using the touch screen on iPad. 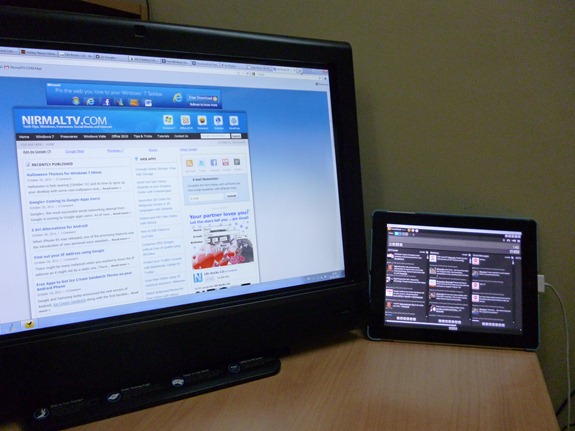 There is also option to mirror the desktop, which means your desktop is replicated on to iPad and you can easily control Windows from iPad. Below is the screenshot of Windows PC mirror image on iPad. 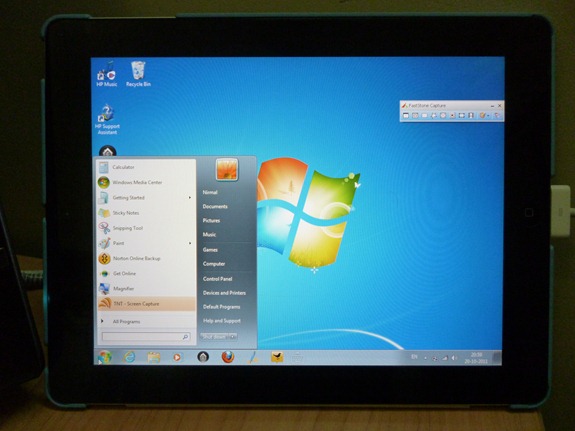 Air Display works in both landscape and portrait configurations. Just rotate your screen, and it automatically reconfigures. The best feature of this app is that you can use Windows based apps on your iPad with a touch screen. You could even try out Windows 8.

Now, there is a catch here, when the Windows app is free, the iPad app will cost you $9.99, which is on an higher side. But considering that it provides you with a different experience, it is totally worth it.