HTC has launched a new app for Android phones called HTC Boost+ which can boost the performance of Android phones, clean junk files, manage applications and also lock apps with a pattern for added protection. This app is similar to the security app which can be found on Chinese OEMs like Xiaomi and Huawei.

Boost+ is a free Android performance app which can smartly tunes performance, improves power consumption, clears unused junk files to reclaim storage and adds security on an app-by-app basis on any Android device. The app is compatible on all Android phones and not just for HTC made devices.

When you open the app, you can see 4 main functions.

As the name indicates, this option scans all the applications and see the amount of RAM used by these apps. You can selectively clear the RAM for these apps and this improves the performance. It frees up memory, speeds up your device and saves battery power.

Over a period of use, smartphone accumulate junk files from caching of apps, advertisement files and more. This will unnecessarily take up storage space on your phone. Boost+ has an option to clean up junk files. It sorts out junk files from app installers, cache files, ad files and temporary files.

Related Reading  How to Enable Automatic Call Recording on Android

There are many apps on your phone which have your personal information. So when your friend or any other person is using the phone, it is better to lock these apps. Boost+ has an option to lock apps using a pattern and when you open the app each time, you need to draw the unlock pattern.

We install a lot of app on our phones, but not all of them are used regularly and some of them are installed just for testing purpose. Manage Apps option allows you to remove those ancient apps and identify ones with irregular activity.

HTC’s Boost+  in an interesting app which does multiple useful functions in just one app. It is supported on all devices (not limited to HTC phones) running Android 5.0 and above. You can download the free app from the link below. 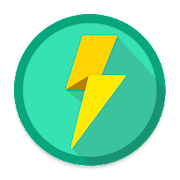