Google released their latest version of Android, the Nougat or Android 7.0 towards the end of last year. This update brings in new UI and new features, improved launched as well. But not too many phones have Android Nougat update as of now. Right now the update is being tested by most of the OEMs and will be released later this year. so if you want to get a taste of Android Nougat UI on your phone, you need to try out third party launcher apps on your smartphones. These Android 7.0 Nougat launchers provide almost the same UI and features to existing Android versions.

So here is the list of Android 7.0 Nougat launchers available in the play store.

Nougat Launcher is an Android 7.0 Nougat style launcher with many enhanced features and it is available for  Android 4.1+ devices. You can get the Android native experience, yet with many enhanced handy features. It also supports themes and icons and you can also customize the drawer style. There is also support for gestures on the app.

Other features of the launcher include the ability to hide or lock apps for privacy. 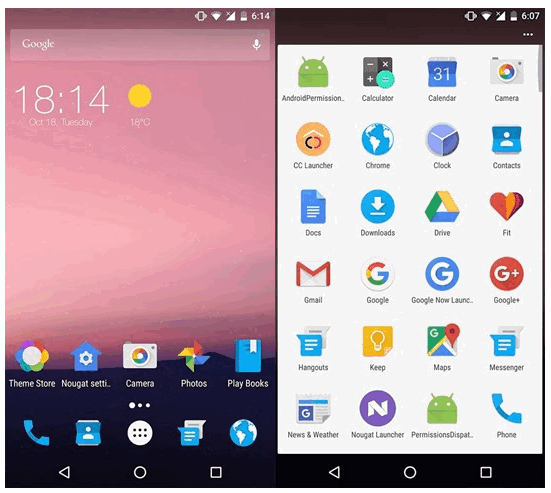 N Launcher is based on the latest Android 7.0 Nougat and support for Android 4.1+ devices. It is yet another light and fast launcher app with Android 7.0 Nougat style animation and design. It also comes with vertical style app drawer with A-Z scrollbar. It also supports Nougat style widgets and app drawer icon. You can also customize the icon size, layout, and colors in the launcher settings. 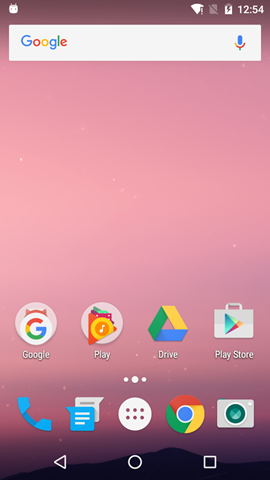 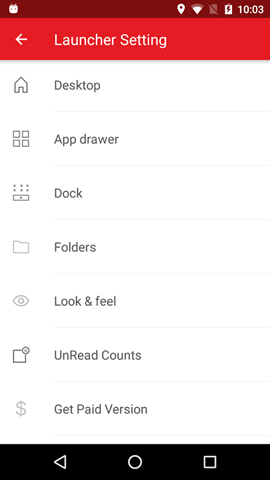 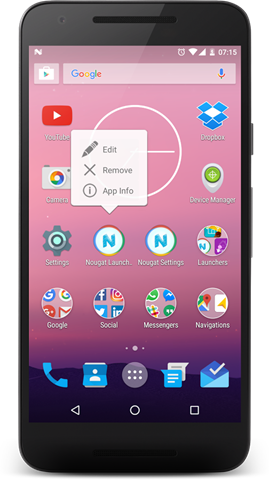 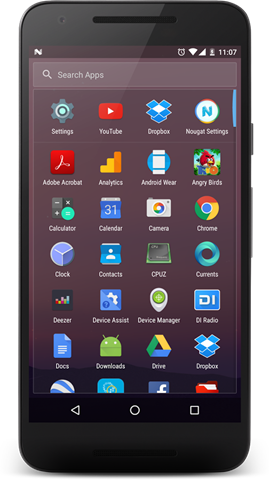 In Launcher is another useful Android 7.0 style launcher which packs a lot of customization options as well. It is a cool and modern launcher with support for 1000s of themes and icons. It comes with Android 7.1 style vertical drawer with recently used apps. There is also support for three drawer style, you have the choice. The app also comes with support for a-z sidebar in a drawer for quickly locating apps. 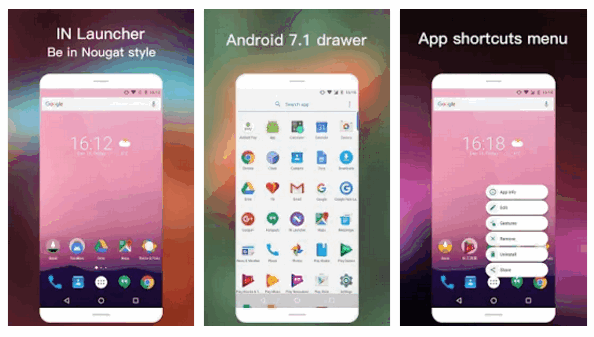 Unlike other launcher apps, this one is in beta but packs a lot of features. It comes with transparent custom status bar and curtain notifications in Android Nougat. The launcher is quite similar to Pixel launcher and adopts a lot of UI features. 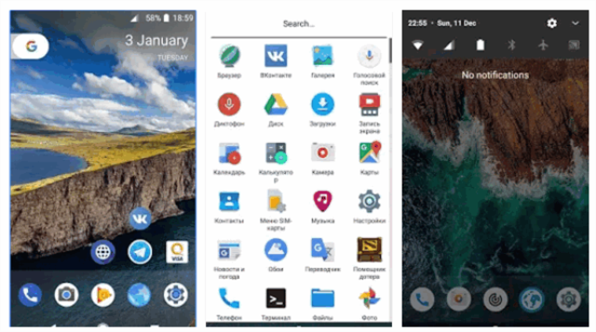