ASUS announced the new Zenfone 3 Laser two months back in India and it was made available last week. The device is the successor of Zenfone 2 laser and comes with improved features and hardware. It packs a 5.5 inch Full HD display and is powered by Snapdragon 430 Octa core processor with 4GB RAM and 32GB storage.

The phone comes with laser auto focus which was the USP of the device. ASUS has priced the device at Rs 18,999. So does the device make value for money at this price? Let’s find out in this detailed review.

The ASUS Zenfone 3 Laser comes with an all-metal body design with 2.5D curved glass on the display. While the design language isn’t unique with similarities to Redmi Note 3, it actually feels quite good in hands with light weight design. Also, the weight of the device is distributed uniformly and this makes it easy to handle the device even with a 5.5 inch display. The phone comes with power and volume keys on the right side, while the SIM tray sits on the left side. The top houses the 3.5mm jack while the micro USB charging slot is at the bottom along with speaker unit. On the back, we have the 13MP camera, laser autofocus and dual LED flash along with ASUS logo and fingerprint scanner.

The front panel houses the 5.5 inch display, front 8MP camera and the usual set of sensors along with capacitive touch button below the display. The rear camera unit has a slight protrusion and the company claims that phone has fingerprint- and smudge-resistant oleophobic coating. 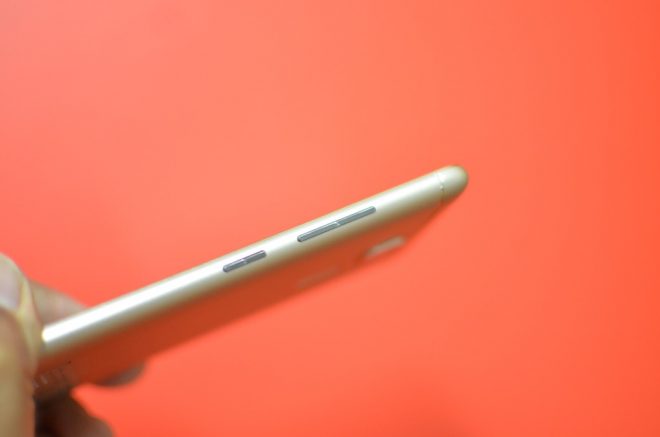 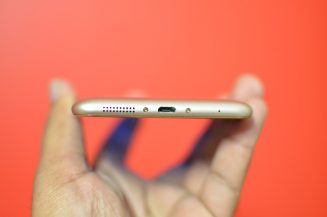 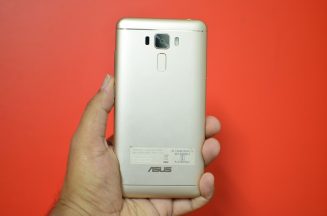 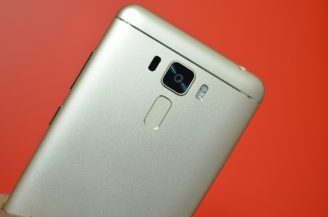 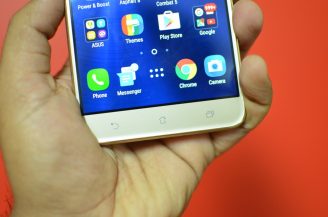 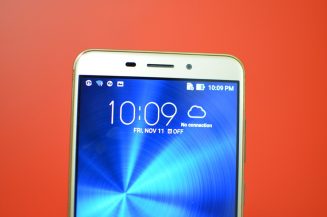 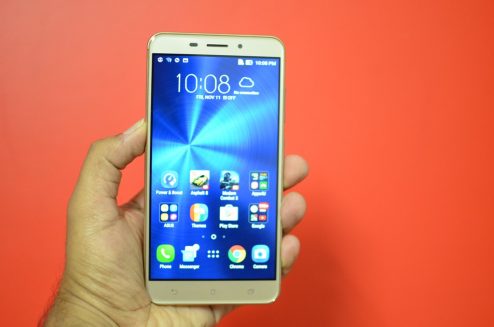 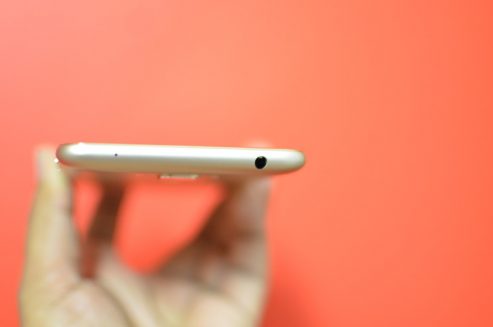 Zenfone 3 Laser sports a 5.5-inch full-HD (1080×1920-pixel) IPS display which is vibrant and can reproduce colours really well. The brightness level is also quite good and so is the sharpness of the display. You can also adjust the colour temperature using Asus’ Splendid app. The touch response of the display was smooth and the Sunlight legibility was decent. Viewing angles are also good on the display.

The display is also protected with 2.5D Corning Gorillas Glass and the overall quality was good.

Zen UI, the custom ROM from ASUS has been one of the main attractions of Zenfone ever since it’s release. But over a period of time, ASUS hasn’t done too many changes to Zen UI and the Zenfone 3 comes with Zen UI 3.0. There aren’t too many visible changes to the UI, but few new features have been added to the Zen UI which is now on top of Android 6.0 Marshmallow. Zen UI comes with lots of customization options. It does come with an app drawer and custom notification panel. The new UI does look refreshing with new options in the home screen.

The home screen offers lot of tweaks and customizations in the form of icon packs, size and font of icons and more. You can try out various combinations on the home screen. The Zen UI also supports third party icons which you can download from Play store. The new theme store app also comes with handy themes and there are both paid and free themes available.

A new app called Mobile Manager has been added in Zen UI which offers to free RAM and storage space as well as check performance and app permissions similar to other Chinese OEMs. There are still a lot of pre-loaded apps in the Zen UI which we feel is a bit too high for our liking. There are a plethora of apps from ASUS including Do It Later, Share Link, ZenFone Care, ZenTalk, Laser Ruler, Quick Memo, Splendid, Puffin, ZenCircle, ZenFlash camera, PhotoCollage and MyAsus Service Centre.

Zen UI also comes with lots gestures and features like One handed UI, Kids Mode and Easy mode which are handy features in the UI.

Zenfone 3 Laser is powered by 1.4Ghz Qualcomm Snapdragon 430 Octa core SoC coupled with 4GB RAM and 32GB internal storage. Snapdragon 430 is relatively newer chipset and it is the same chipset powering the Redmi 3S Prime (Review) and it is quite decent with the performance. We used Zenfone 3 Laser as our daily driver and it gave us a good performance in day to day tasks without any issues. But with the Zen UI being a bit heavy on resources and the chipset is not a very powerful one and hence you could see some lags when you push it harder with multitasking and running heavy games in high graphic settings.

We played high graphic rich games on the Zenfone 3 Laser and while the gaming performance was quite good, there was slight heating on the device with temperature hitting around 43 degrees. The call quality on this device was good and the speaker performance is also decent.

The phone comes with a fingerprint scanner located on the rear panel and it unlocks the device without any issue. It was accurate, but not as fast as Zenfone 3. The phone comes with 32GB of internal storage and you get close to 24GB in the first usage and you also have a hybrid SIM slot to expand the memory. We tested the call quality on the device and it was extremely good and it also supports VoLTE. Other connectivity options on the phone include Bluetooth, Wi-Fi 802.11b/g/n/ac, GPS/A-GPS, and Glonass.

ASUS Zenfone 3 Laser comes with a 13 MP rear camera with f/2.0, laser autofocus, dual-LED (dual tone) flash and an 8MP front camera for selfies. The camera interface offers loads of features and modes to choose. There is also a manual mode where you can control the ISO, white balance and more. The plethora of options and modes will take you a long time to get used to. We tested the camera in different light conditions, mainly in auto mode.

In daylight conditions, the camera performed quite well with good results. There was good detailing the photos, but there is a still a tendency to over sharpen the image in post processing. The colors have come quite good, but again they are slightly saturated and not natural colors. The autofocus worked pretty fast and thanks to the PDAF and laser autofocus on the phone. The close up shots also have come good, but colors aren’t the best we have seen in this segment. The low light photos were quite good and ASUS has done some work in reducing the noise. But having said that noise does creep into some images.

The 8MP front camera is very good and produces great seflies in most of the conditions. There are lots of modes available in front camera as well. The video recording is at 1080p and the quality of the video is decent. Here are some of the samples taken with the device. 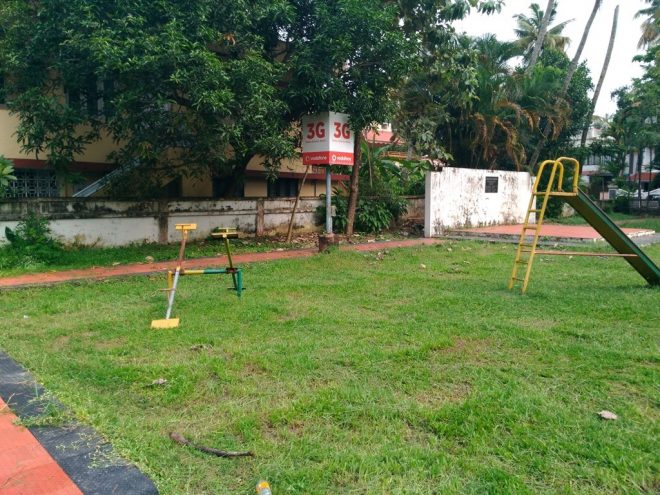 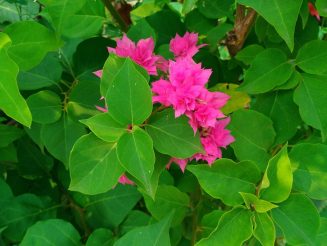 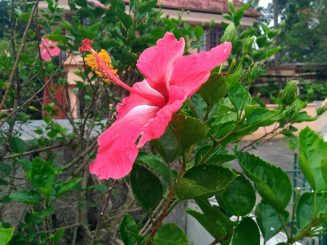 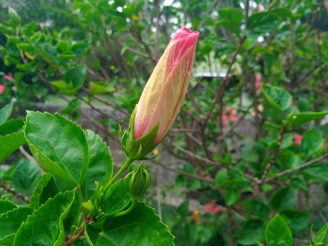 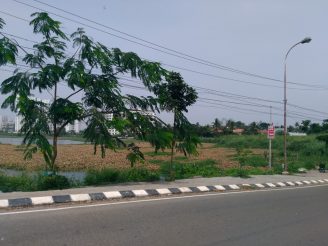 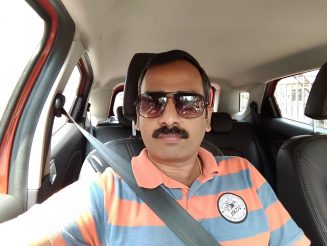 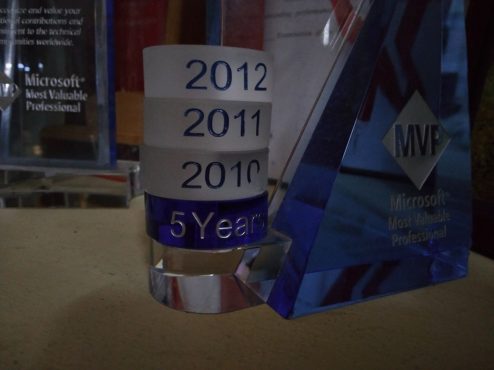 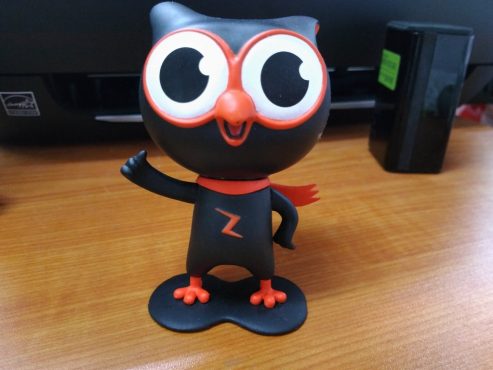 Zenfone 3 Laser packs a 3000mAh battery and the battery performance is decent. With few hours of calling, browsing, taking photos, watching videos on YouTube, and using social apps like Facebook, Twitter, and WhatsApp, the ZenFone 3 Laser was able to last over a day which we feel is quite decent. But the disappointing aspect is that it does not come with fast charging, so you have to use the standard charger to charge the device.

Priced at Rs 18,999, ASUS has priced the Zenfone 3 Laser at a premium. But looking at the specs offered by the device, it definitely feels underpowered at this price segment. Redmi 3S Prime sporting the same processor is priced 8999. So it is definitely hard to recommend the Zenfone 3 Laser at this pricing, probably the best pricing for this devicee would have been sub 15k. The only saving grace for this device is the camera, but then for this pricing the device is not the best value for money.