Lenovo announced the new mid range device, the Moto Z Play which supports Moto Mods. Moto Z Play is the affordable variant of Moto Z and is the first modular phone from the company. The Moto Mods lets users extend the functionality of the smartphone.

The phone comes with a 5.5-inch full-HD AMOLED display and is powered by the Qualcomm Snapdragon 625 SoC with 3GB of RAM and 32GB of internal storage. Here is the detailed review of the Moto Z Play.

The design on the Moto Z Play is quite different from most of the mid-range phones available. It is quite thick and heavy and is made of an aluminum frame with glass finishing. Even though the device feels heavy, it gives a great feeling using it. The edges are a bit sharp and this might cause some discomfort when using for longer periods. With the shell style included in the box, it is even thicker.

The power and volume keys are on the right side and they give a good feedback. The bottom houses the USB C port along with headphone jack. The top panel houses the SIM and micro SD slot. On the rear panel, you have the 16MP rear camera positioned in a circular pattern with a projected design. If you use the style cover, it sits flush. The ear piece doubles as the speaker unit. The phone has the Moto mods connectors at the bottom.

The front panel has 5.5 inches Full HD display, on screen buttons, front-facing flash and the fingerprint scanner located at the bottom. Overall, the design is quite good and the build quality is top notch for a mid-range phone. 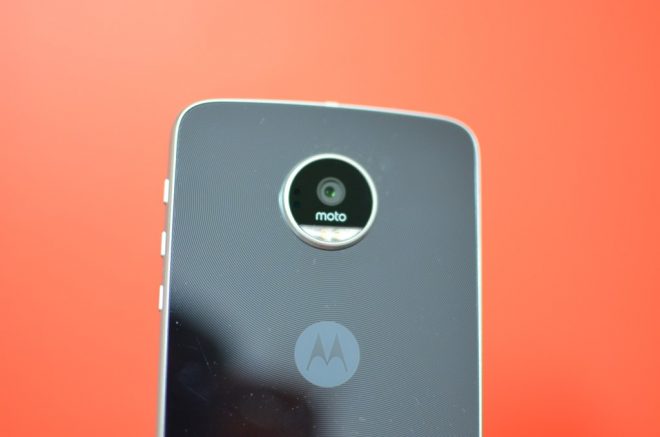 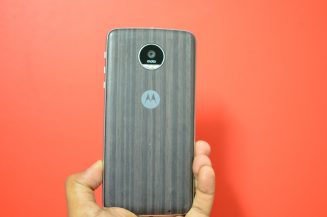 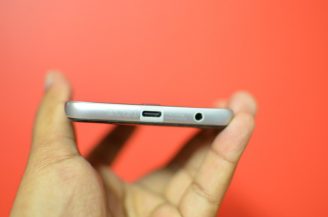 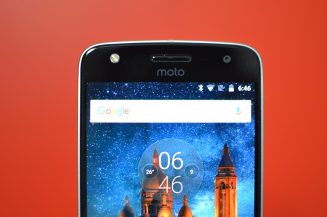 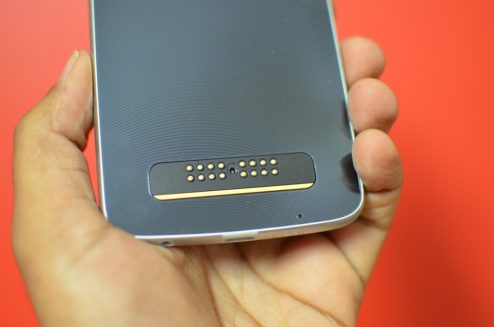 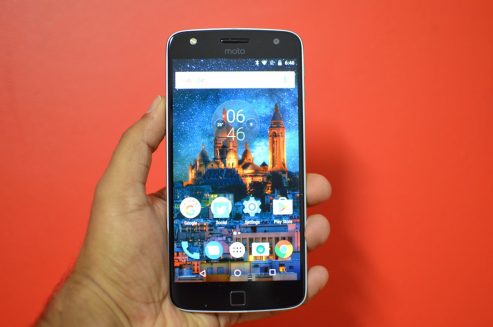 The sunlight readability is also quite good and the display is protected with Corning Gorilla glass. Overall, the display quality is good on the device.

One of the best features of having a Motorola device has been the latest software and also future updates. Moto Z Play comes with Android 6.0.1 Marshmallow out of the box with stock experience. The UI is exactly the stock Android with no major change. The notification center is also the same implementation.

With Marshmallow, there have been some changes in Android including the option to check memory usage over a period of time. The display settings allows you to select the color mode for your display and you can choose between standard and vibrant. You can also enable the System UI tweaker by pressing and holding the gear icon in the notification panel. This provides an additional option to tweak the quick toggles.

There is also a Moto app which is probably the only app which comes outside of stock Android. The Moto app provides you with some gestures which include switching on flashlight and camera. There is also a display option where you can see the notification when the display is turned off. The phone also comes with support for voice commands in the Moto app.

Another important feature of the device is the support for Moto Mods. While a handful of mods are available in India including HassleBlad camera mod, projector mod, JBL speakers. But most of the them are quite expensive at the moment. The phone also ships with the back panel mod which is quite good to protect the device from scratches.

Moto Z Play is powered by Snapdragon 625 Octa Core processor clocked at 2.0Ghz and coupled with Adreno 506 GPU and 3GB of RAM. The performance of the device with the Snapdragon 625 was very good and with stock UI which is optimized the overall performance was good. We used the device as our daily driver and we never experienced any lags or issues. It is one of the efficient processors out there.

The gaming performance of the device was also good and we did not face any issues with high graphic rich games.

The speaker performance from the front facing speaker is good and should satisfy most users. The call quality of the phone is good and we never had issues with call drops. The phone comes with a fingerprint scanner below the display. While it is quite awkward for a fingerprint scanner to be on the front panel for a device with on-screen navigational buttons, it still works pretty well. The scanner is quick and also accurate.

There is 32GB onboard storage on the device with an option to expand it to 128GB via micro SD card. The phone also comes with dedicated micro SD card slot along with two SIM cards. The phone supports 4G LTE and VoLTE support in India. So you can use it with Jio SIM card in India.

Moto Z Play comes with a 16MP rear camera with f/2.0, laser autofocus assisted with PDAF and dual LED flash. The front facing shooter is a 5MP. The camera hardware is quite similar to what was offered on Moto G4 Plus. The camera is one of the major changes in the device in both the performance and also the interface. The camera interface is revamped and now it comes with new features retaining the simplicity.

The interface now comes with a professional mode which allows you to change the focus, ISO, exposure, shutter speed, and ISO. There is also support for slow motion and panorama along with photos and video mode. There is also auto HDR feature from the previous version. You also get electronic image stabilization in the video which works quite well and we found it to be performing better than OIS is other smartphones.

The camera interface is quite quick to capture photos. While we had a really great camera in Moto G4 Plus, the Moto Z Play misses out in some areas. The colors look great in daylight photos and so is the exposure and white balance. While the sharpness was quite good, we felt it could have been a tad better. But when it comes to low light performance, the Moto Z Play disappoints and the quality of low light photos were average.

The phone supports video recording in 4k and 1080p and the video quality is quite good, but again it misses out on OIS. The front facing 5MP camera does a good job with selfies and it has good color quality as well. Here are some of the samples taken with the device. 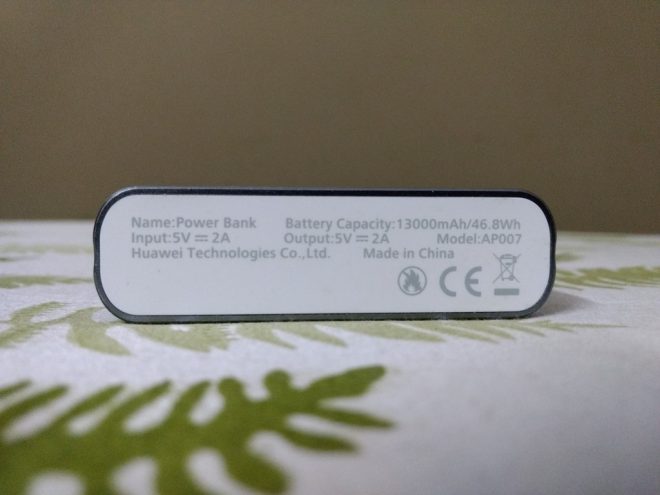 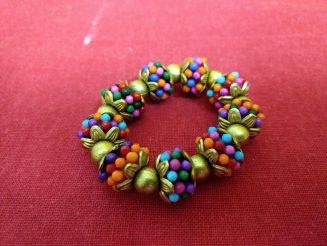 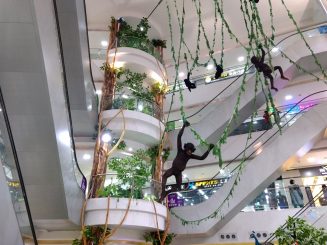 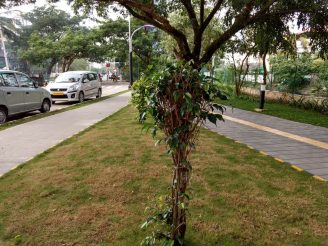 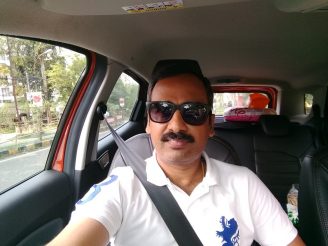 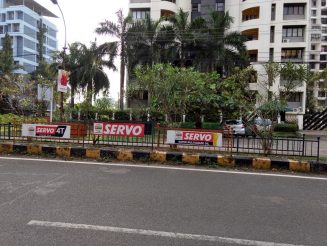 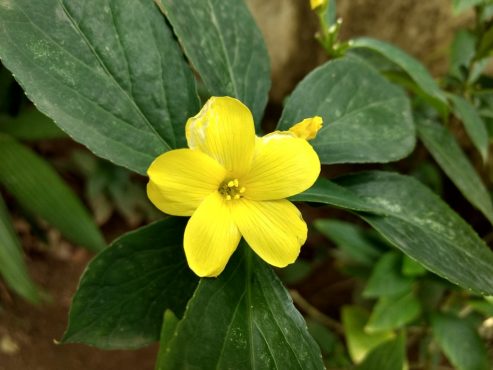 Moto Z Play comes with a 3500mAh battery and the performance is excellent on the device. With moderate usage, we could through 1.5 days on the battery with SoT close to 7 hours which is really good. The Snapdragon 625 is one of the really efficient chipsets available and performs really well when it comes to battery.

If you are looking for a phone with great battery life, then Moto Z Play should be one of your choices.

Moto Z Play is priced Rs 24,999 and should I buy one? We would say yes. While the Z Play isn’t the best device when you look at the specs, it provides an all-round experience with good build, display, stock Android, good performance and exceptional battery life. The only area where we feel Moto Z Play was a bit disappointment was the camera performance.

If you are looking for an all round mid-range phone, then we definitely recommend the Moto Z Play. If you plan to buy, here is the link to buy it.