QuadRooter vulnerabilities are found in software drivers that ship with Qualcomm chipsets. If any one of the four vulnerabilities is exploited, an attacker can trigger privilege escalations for the purpose of gaining root access to a device. 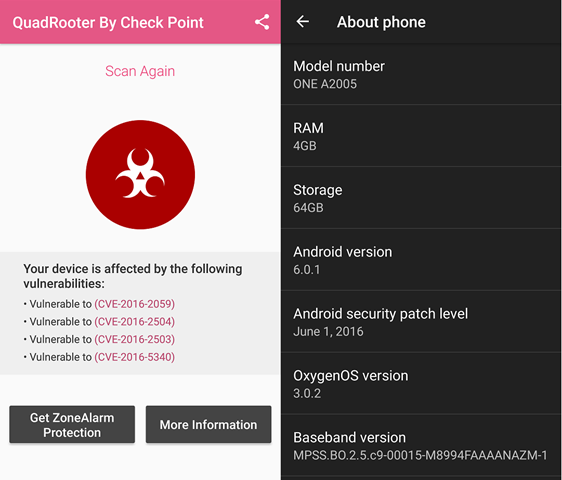 Which Devices are Affected?

How to Check QuadRooter Vulnerability? 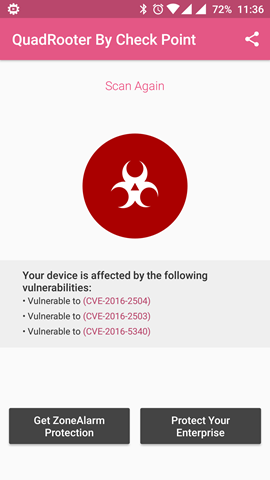 So how to fix QuadRooter Vulnerability? As of now, you need to wait for the update which will fix the issues. Also, if your device is having the vulnerability, please make sure you do not install or rather side load APK files on your phone. This might causes issues on your device. Once the update to fix the issue is released by the OEM, you need to update it as soon as possible.