There has been so many useful Kickstarter projects and we have covered like the iPhone SIM+ and ChargeCard. Thermodo is a new Kickstarter project which is tiny electrical thermometer that lets you measure the temperature right where you are. The device will support iPhone, iPad, Android & most of the other smartphones. It is a sleek little thermometer for your mobile devices, accurate and expertly built hardware that you can have with you everywhere. 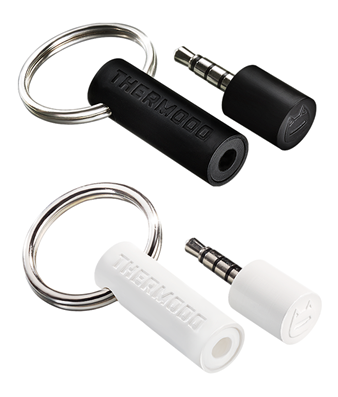 As you can see from the image below, you need to start the app from your phone and then insert the Thermodo into the audio jack. The temperature is displayed in the app.

The device is particularly useful in places where the temperature varies quite a lot. Here is a video of the device in action;

The project is already reached its goal, but still 28 days to go before the funding ends. If you are interested in this project, you can back this tool and you will receive a Thermodo device when it is ready in August 2013. More details here.