Google released Android 4.2 Jelly Bean in October along with new Nexus 4 and Nexus tablet. Google started rolling out Android 4.2 to its Nexus devices in November and Galaxy Nexus also received this update. There are many new changes in Android 4.2 including improved Google Now, notification center etc. If you are a developer or used USB debugging mode in Android, after upgrade to 4.2 you might have noticed that Developer Options menu is probably missing in Android 4.2. In fact this menu is not missing, but hidden and only available once you enable it.

While we are not sure why Google decided to hide this option, but may be because these are used only by developers and not common Android users. To get back the Developer options along with USB debugging menu, open the Settings in Android 4.2. Scroll down to About phone (under System). In the about phone menu, tap on the Build Number continuously and you can see a small message like “You are now 4 steps away from being a developer”. 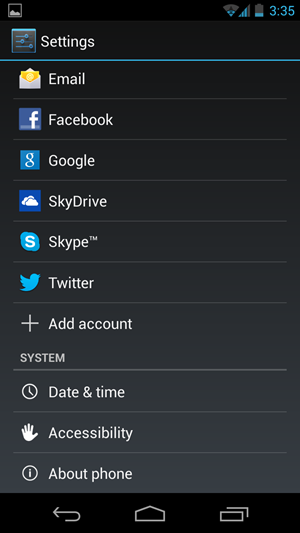 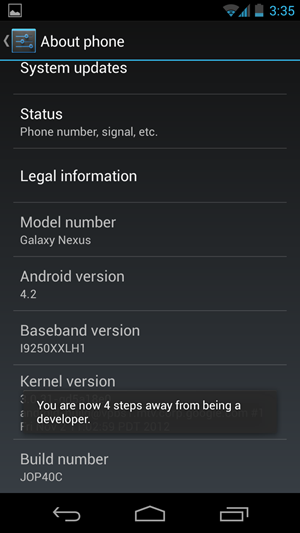 Tap for almost 7 times and you can see the message “You are now a developer”. Now if you return back to settings, you can see Developer options listed under system menu. 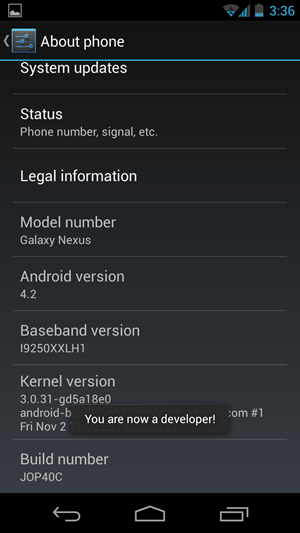 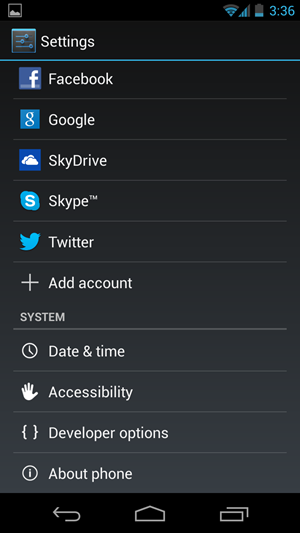 So in case you want to get the USB debugging option, this is the way to get it.

Use Classic Start Menu and Modern Start Screen Together with StartW8

How to Clear Cached App Data in Android 4.2 Jelly Bean