Samsung has used the same design of the J7 Prime and On Nxt released in 2016. The design is definitely better than the standard design Samsung uses on the budget J series phones. The Galaxy On7 Prime is an all-metal phone with a unibody design. It has curved edges on the rear panel which gives a decent feel when using the phone. The rear panel has 13MP camera, LED flash and Samsung logo. The power button and the speaker unit is located on the right side. The volume keys are on the left side along with two SIM/ micro SD card trays. The bottom section houses 3.5mm audio jack and micro USB charging slot.

The front panel has 2.5D curved glass and a 5.5 inch Full HD display, front 8MP camera and the sensors. There is also physical home button integrated with a fingerprint scanner and two capacitive touch buttons. The buttons are not backlit and do not offer any haptic feedback. On7 Prime also misses out on many important sensors including the ambient light sensor. Overall, Samsung hasn’t worked on the design of this device and feels the same old J7 Prime. 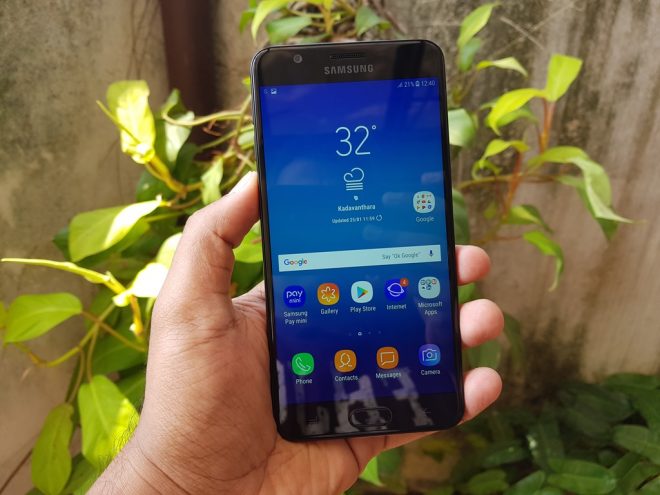 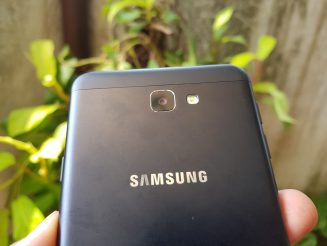 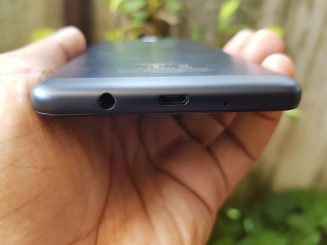 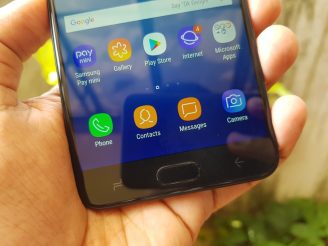 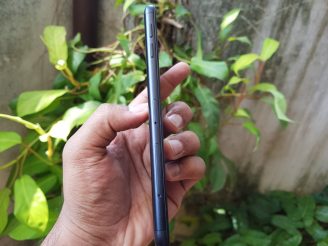 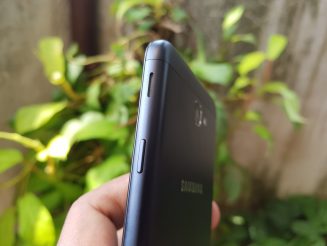 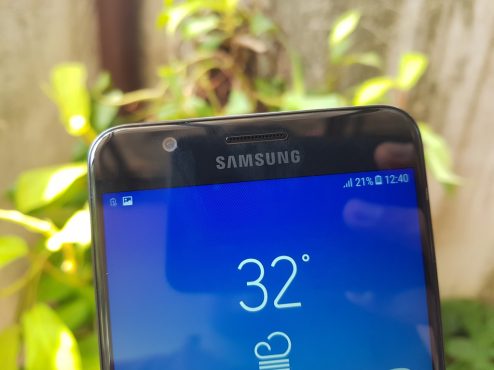 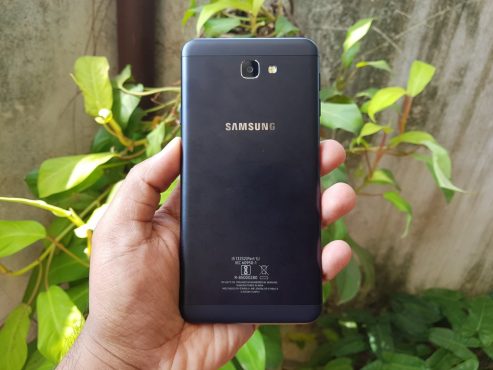 Samsung On7 Prime comes with the Full HD (1080p) panel. But unlike other J series phones, Samsung has used a TFT panel instead of AMOLED. The display isn’t as vibrant as the AMOLED panel, but nevertheless, it offers decent colors and viewing angles. The touch response is also quite good, but it again misses out on ambient light sensors. This means you have to use the outdoor mode in the device when you step out.

The phone comes with 2.5D curved Gorilla Glass but does not have any protection offered on the display. Overall, the display feels a let out with TFT panel for a phone in 2018.

Samsung Galaxy On7 Prime comes with Android 7.1.1 Nougat out of the box with the company’s Experience UI. The UI looks similar to the one we have seen on all Samsung phones released in 2017. The quick toggles section has been redesigned with a lighter color. Samsung has also included few apps like Health, File Manager, S Secure, Samsung Mall and also Microsoft Office suite.

There is also room for customization with the My Themes app where you can download additional themes. The Settings panel looks more or less similar to the previous version. There is also a one-handed mode which reduces the screen size to make it easy to use. Other features include dual messenger, panic mode and few other customizations for improving battery life.

Galaxy On7 Prime also comes with Samsung Pay Mini and Samsung Mall. With Samsung Mall, you can take a picture of any item and you can search in all e-commerce sites using the app. We tested the app and it was not able to pick the object from the image.

The Samsung Galaxy On7 runs on Exynos Octa Core Processor clocked at 1.6Ghz and coupled with either 3GB or 4GB of RAM. The overall performance of the device was good and we didn’t experience any lags or issues while running apps or switching between apps. The gaming experience of the device was also quite decent and we did not see any major lags here. There were no heating issues on the device and it remained below 40 degrees in our testing.

Multi-tasking was very smooth on the phone and we ran multiple apps in the background including games.

The phone supports 4G LTE and VoLTE and has a dedicated SD card slot. The call quality on the phone was decent and we didn’t notice any issues with calls. The speaker output was quite decent and the placement of the speaker is unique as it is placed near the power button. The phone comes in 32GB and 64GB variants.

Now coming to the camera samples, the daylight photos taken with the phone was quite average. But the biggest issue is the lack of consistency in colors. At times we got good colors, but some of the photos had washed out colors and not the accurate ones.

Another issue with the device is focusing and it took a lot of time to get the focus right. Coming to the indoor shots (or low light), it does have decent clarity and manages to produce shots without much noise. Although noise creeps in, the levels are acceptable for a mid-range phone. to  The phone can record videos in 1080P and the quality is pretty poor by all standards. The front-facing camera is quite good for selfies and there is also a Selfie focused mode which is basically the bokeh mode for selfies. Here are some of the samples taken with the device. 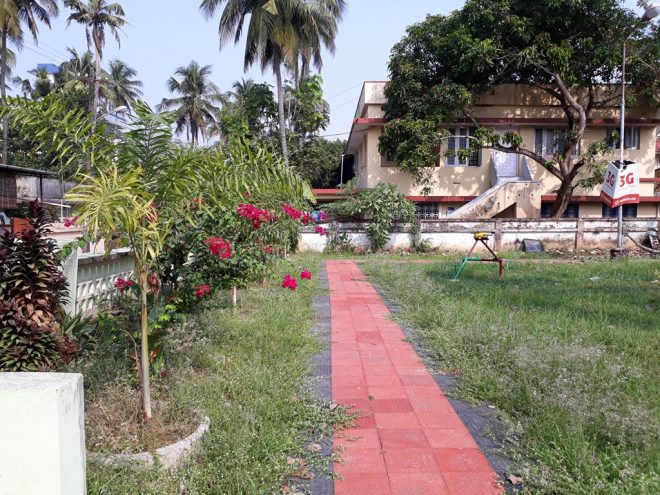 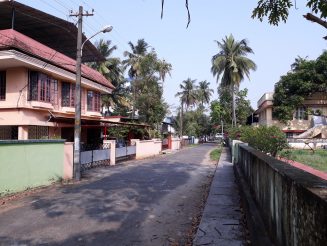 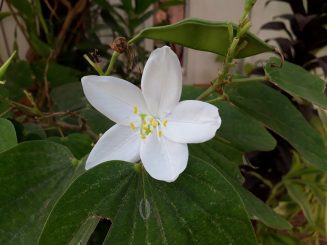 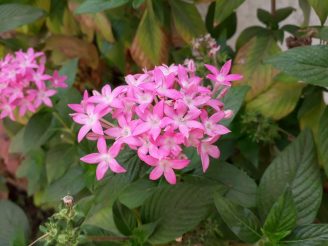 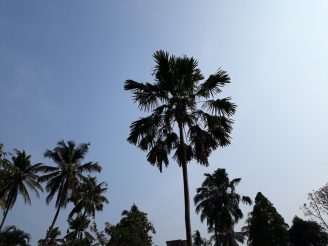 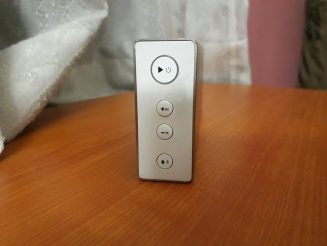 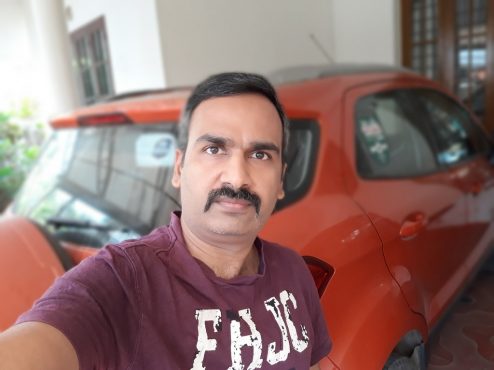 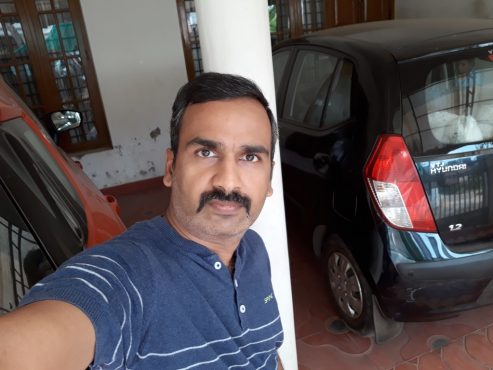 Apart from this, you also have power saving mode and ultra power saving mode included. You can also reserve battery for calls which mean once the set threshold is reached, the phone can be only used for making and receiving calls.

Samsung Galaxy On7 Prime is priced Rs 12,999 and Rs 14,999 for the two variants and is available exclusively on Amazon. The On7 Prime is the exact phone from 2016 with upgraded selfie camera and software along with higher storage. It is quite disappointing to see Samsung launching the J7 Prime with a different name in 2018. The device makes sense for people looking for a Samsung phone in sub 15k price segment, if not you should be looking for Honor 7X, Honor 9 Lite or Xiaomi Mi A1, all of them being superior to the On7 Prime.