Motorola or Lenovo announced their budget or entry level offering the Moto C in India last week. While most of the Moto devices have been online only, the company announced Moto C for the offline market to compete with online only devices like Xiaomi Redmi 4A and Redmi 4. The Moto C comes with a 5 inch FWVGA display and is powered by a Quad Core Mediatek chipset and 1GB RAM and 16GB storage. In the camera department, it has 5MP rear camera and 2MP front camera with flash and Android 7.0.

Going by the specs, the Moto C does not impress for the Rs 6299 pricing it is offered at, but how does it perform? Let’s find out in this detailed Moto C Review.

Looking at the Moto C, you get the feeling that since the phone is an entry level device, Lenovo has not given much priority to the design aspect. It looks like any other ultra budget phones with a plastic build and removable back panel. The rear camera has a camera set up similar to Moto G5 Plus with a projected circular unit. The rear panel has a matte finish panel which actually looks good with Moto logo below the camera and speaker unit at the bottom. The power and volume keys are on the right side, while the micro USB charging slot and 3.5mm audio jack are at the top. The rear panel is removable and it has dual SIM cards and micro SD card slots. 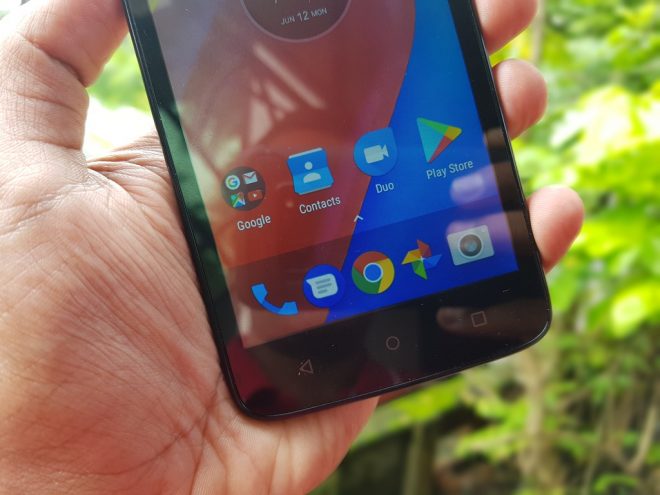 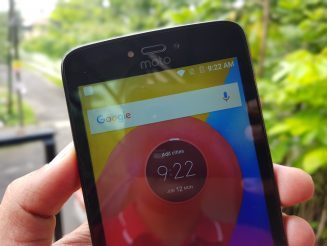 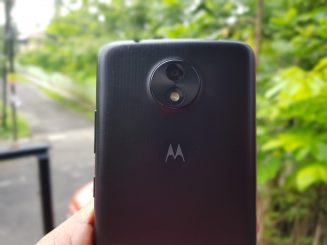 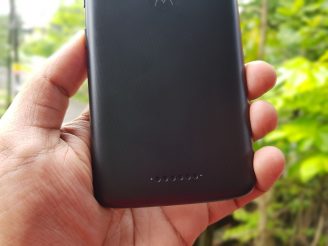 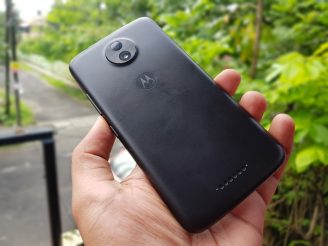 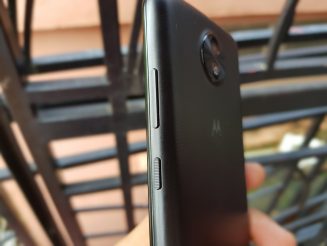 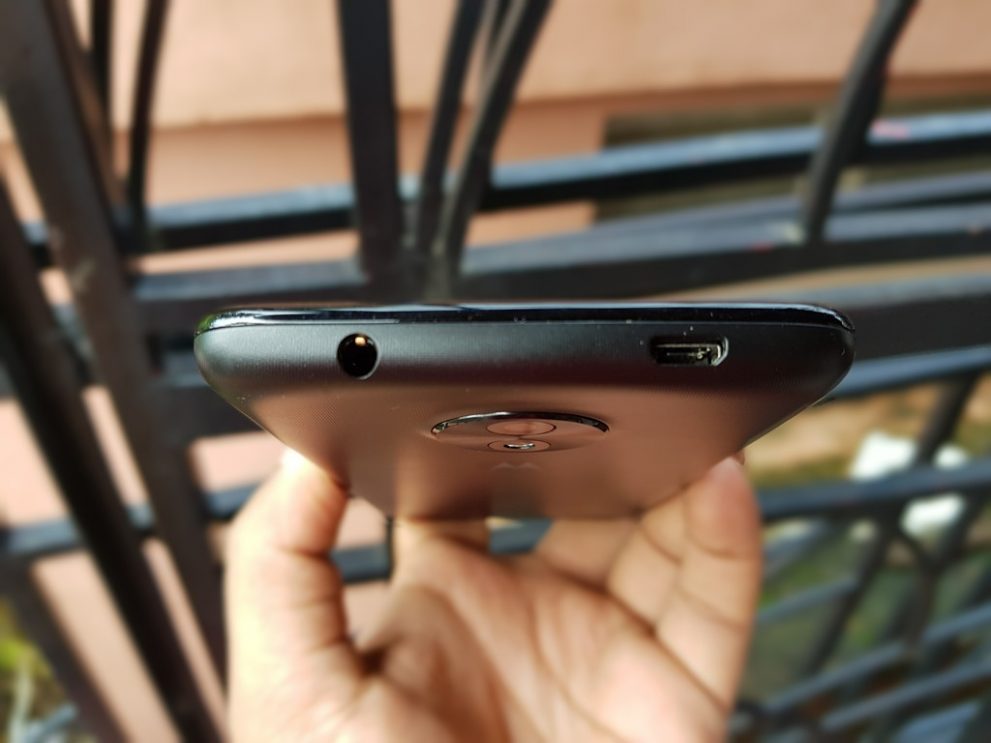 Moto C comes with a 5 inch FWVGA display with a resolution of 854X 480 pixels. For a phone released in 2017, FWVGA panel looks quite disappointing and the display colors look washed out with the low resolution panel. The viewing angles are pretty poor and the touch response is just average.

It is quite disappointing to see Lenovo launching a phone with a FWVGA panel. The display on Moto C is disappointing.

Moto phones are mostly known for software which is often the latest version. Moto C comes with Android Nougat, but it is version 7.0 and now 7.1.1. The UI is quite similar to what we have seen on most Moto devices with stock Android experience. The notification center and quick toggles are exactly as in stock UI. The phone comes with app drawer similar to the other Moto phones.

Unlike other Moto phones, the Moto C does not come with the Moto app which provides additional gestures. It comes with FM radio app, other than this there are no pre-installed apps on the phone. If you want a basic, no nonsense UI, the Moto C provides a good software experience especially for people who love stock Android.

Moto C is powered by Meditek MT6737T quad core processor with 1GB of RAM and 16GB of storage. In day to day tasks, the Moto C struggled in performance with just 1GB of RAM and you could see some lags while switching apps and opening apps. The performance would have been better if Lenovo had shipped with 2GB of RAM.

The gaming review of the device was just average and with high graphic settings, it was lagging performance. But playing games in medium graphic setting was much better option and provided decent experience. But with the FWVGA display, the device is not a great option even for basic games.

The phone comes with 16GB of storage and you get close to 10GB of storage in the first boot. There is also micro SD card expansion slot along with dual SIM cards. The call quality of the phone was quite good and it supports VoLTE.

Moto C comes with basic camera options which includes a 5MP shooter on the rear with a LED flash and a 2MP front snapper with LED flash. The camera optics seems to be very basic for a phone priced 6k in India.

The camera interface is again pretty much the Moto interface we have seen on other Moto phones and has video, photo and panorama modes. Video recording is limited to HD or 720P. Looking at the camera samples, you could actually see the camera to be very basic with poor quality in daylight captures. The colors are washed out and clarity is average. The low light is noisy and worth worth trying out. The selfie camera is again disappointing with low clarity and noise. Even though there is a front flash, it doesnt help with selfies. Overall, the camera is a huge disappointment. Here are some of the samples. 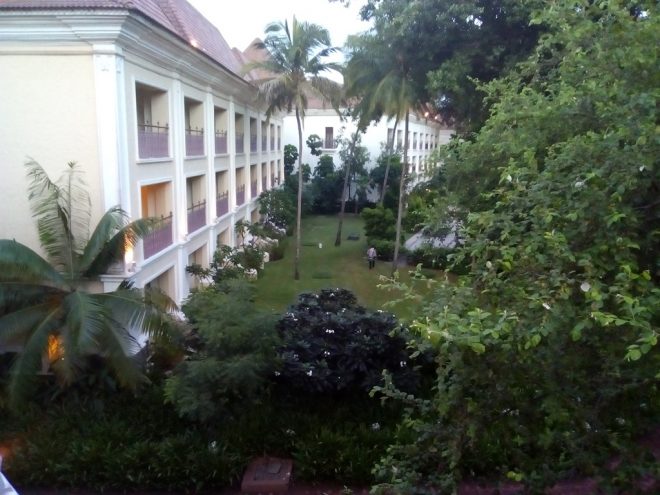 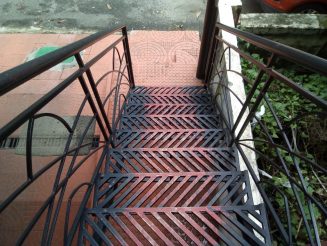 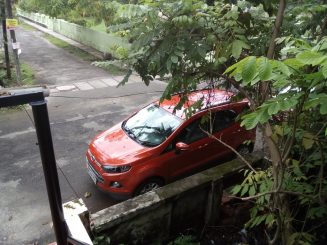 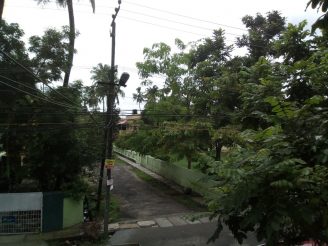 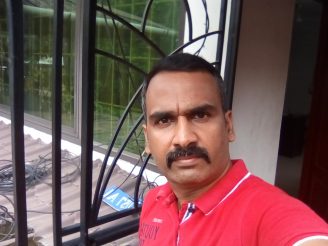 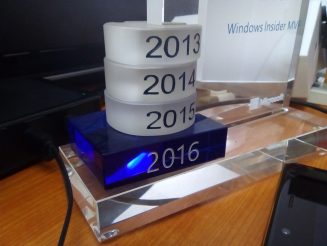 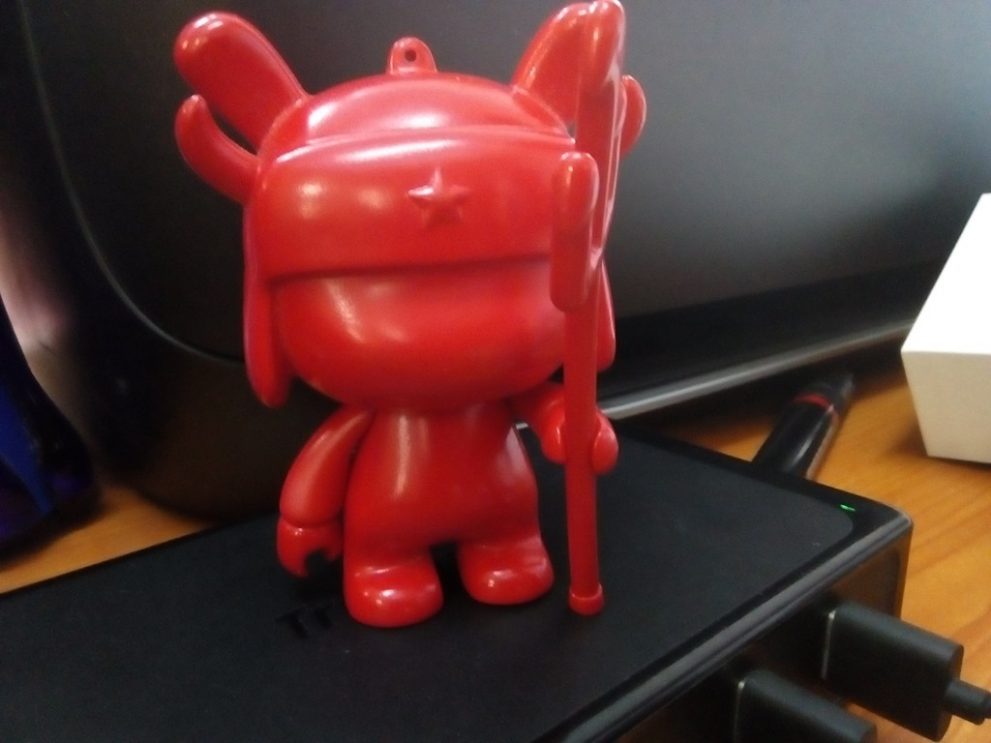 Moto C comes with a 2350mAh battery and the performance is pretty average. The battery capacity is also on the lower side comparing to the competition. With moderate usage, you can get a day of battery life and not more than that.

With the Moto C, Lenovo is looking to target the entry level audience with latest Android Nougat. But the good things end there. With low resolution display, 1GB of RAM and poor camera and low capacity battery, Moto is asking for a price which is too high compared to competition. With the Redmi 4A and Redmi 4 offering better value for money, it is hard to recommend the Moto C. Motorola had a good opportunity to give Xiaomi some competition, but Moto C is a missed opportunity and a disappointing offering from Lenovo.