Lenovo has had a successful year in 2016 in India and is currently placed 2nd in market share (including Moto phones). After announcing the Lenovo K6 Power (Review) and K6 Note (Review), the company announced the Lenovo P2, the successor of P1. The Lenovo P2 was first announced at IFA 2016 and the specialty of the device is the massive e 5000mAh battery.

On the specs front, we have a 5.5 inch Full HD Super AMOLED display and is powered by Snapdragon 625 Octa core processor with either 3GB or 4GB of RAM along with 32GB storage. It also packs a 13MP rear camera, 5MP front camera, and Android 6.0 Marshmallow. So how does the phone perform in the segment? Let’s find out in this detailed review.

Lenovo P2 comes with an all-metal body with aluminum chassis and feels sturdy and premium. While there isn’t anything new in terms of the design elements, the finishing makes the device a bit more premium in the price segment. Lenovo has included the fingerprint scanner on the front panel and looks similar to what we have seen on the Lenovo Z2 Plus. At 177gms, the P2 isn’t a lightweight phone but feels quite good in hands.

The rear panel has a matte finish and comes in gold and gray variants and has a tapered finishing towards the side. There is also chamfered edges on the sides which add to the premium feel. The front panel has no capacitive touch buttons, instead, they are on screen and the fingerprint scanner has gesture support. The 13MP camera and LED flash sit on the rear panel along with the Lenovo branding. The micro USB port along with speaker unit is placed at the bottom portion while the 3.5mm audio jack is at the top. The power and volume keys are on the right side, while the SIM tray is on the left side. There is also a slider which allows you to enable the Ultra power saving mode. Overall, the phone feels premium and is a well-built device. 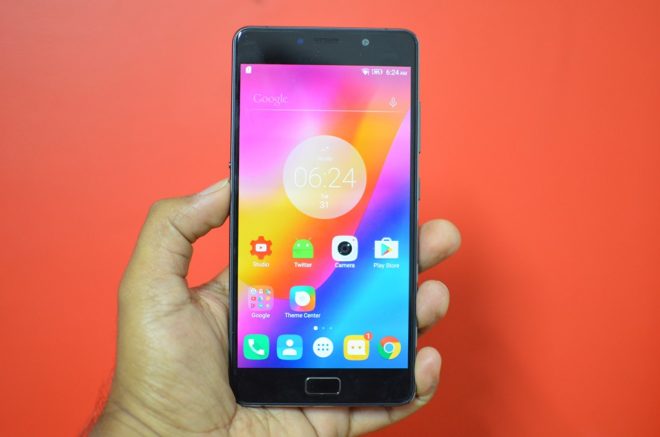 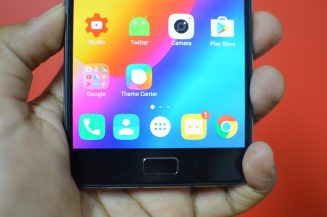 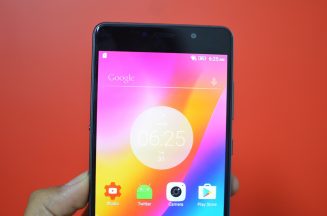 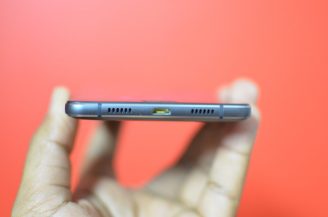 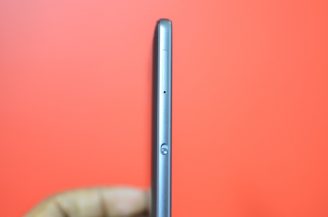 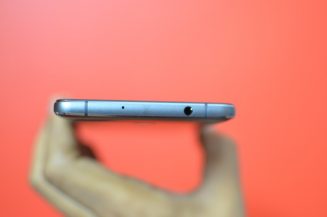 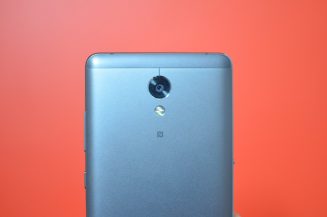 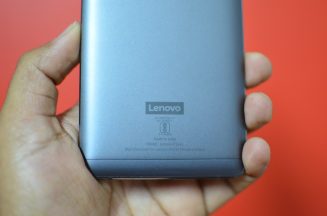 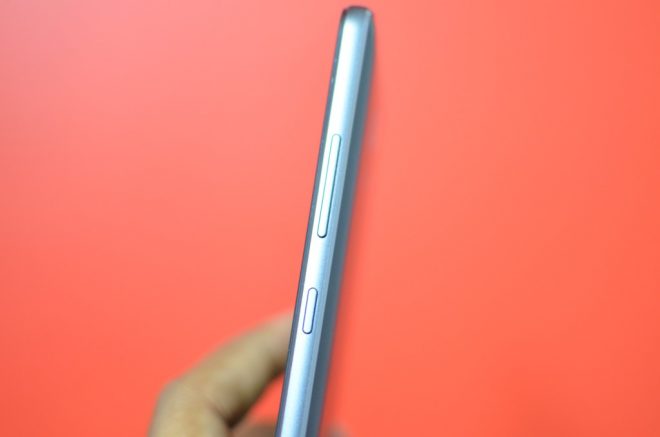 Lenovo P2 comes with 5.5 inches Full HD (1080p) Super AMOLED display with Corning Gorilla Glass 3 protection. Being an AMOLED display, the colors are punchy, vivid and sharp and produces good display overall. The touch response on the device is also very good. The viewing angles and the outdoor visibility is also good. There is 2.5D curved glass covering the display and it is very good for multimedia consumption along with the massive battery.

Overall, the display is good on the device.

Lenovo P2 ships with Android 6.0.1 Marshmallow with Vibe UI. While Lenovo improved the Vibe UI and now comes with UI similar to stock Android although you can also switch the UI. The Vibe UI comes with app drawer and also do a bit of customization in the UI. The notification panel is again a custom one and you also have the option to customize the quick toggles.

The Vibe UI on P2 also comes with additional features like gestures. The settings panel also has Android Marshmallow look and feel. There is no Dolby Atmos support on this device, unlike the K series phones. The phone also comes with a few bloatware similar to any other Lenovo phone. There are many core apps included like calculator, recorder, compass, FM radio and more. A hand full of third party apps and games are included which we feel should be avoided.

The phone also comes with theme center, where you can do a bit of customization with themes, lock screens and also multitasking style. Additional features including double tap to wake, VR mode, wide touch, quick flashlight, smart scene etc. Overall, the Vibe UI feels good to use especially for people who love near stock like experience.

There is also dual app profile where you can concurrently run two instances of the app and the phone also comes with secure zone management where you can create an additional space. Overall, the UI on Lenovo P2 feels quite good and pretty smooth to use.

Lenovo P2 is powered by the Snapdragon 625 Octa core processor with Adreno 506 GPU coupled with 3GB RAM. It supports 4G LTE along with dual SIM cards. There is 32GB onboard storage out of which around 24GB is available to the user. It comes with hybrid SIM card and supports micro SD card up to 128GB. There is also a 4GB RAM variant priced 1k higher but with the same storage option.

Lenovo P2 comes with a front facing fingerprint scanner which allows users to perform gestures similar to Lenovo Z2 Plus. A single tap acts as the back button, touching and holding triggers the recent apps, and a single press takes you back to home screen. You can also disable onscreen buttons and use the fingerprint scanner for navigation.

The Lenovo P2 packs a 13MP rear camera with dual LED flash and a front-facing 5MP camera for selfies. The phone also comes with PDAF and can record videos in 4k resolution. The interface is the Snapit camera app from Lenovo and comes with the Smart mode we first saw on Lenovo Vibe Shot. The Smart mode can automatically detect the mode based on light conditions and subject being shot.

The photos taken with the 13MP camera in daylight conditions were quite good, there is decent color reproduction and sharpness was also good. The close-up photos also came out good with good color reproduction. But when it comes to low light, the camera struggles and there is noise creeping in. The front 5MP camera can take some decent selfies although they are not close to what the competition offers.

While the Lenovo P2 can take some decent samples, it is definitely not the best in the segment nor a strength of the device. Here are some of the samples taken with the device. 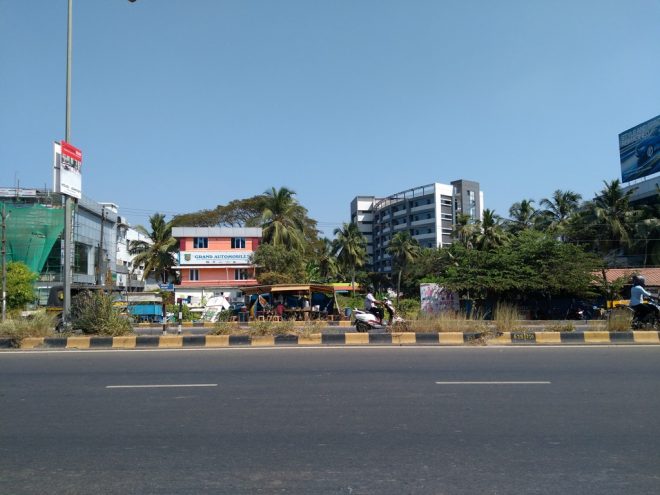 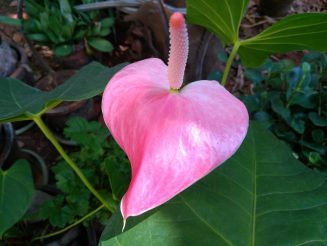 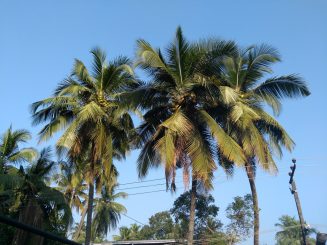 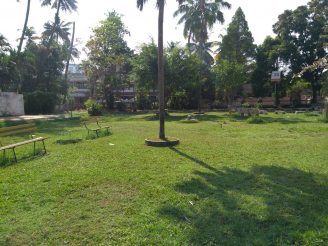 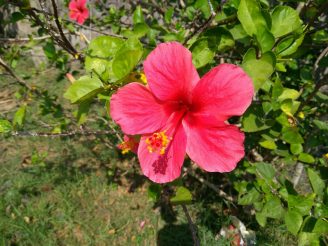 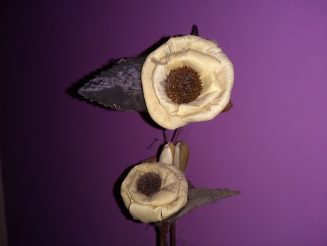 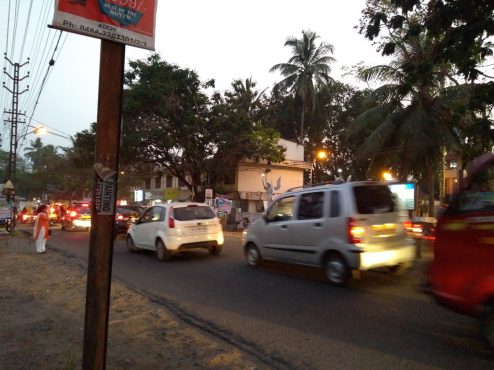 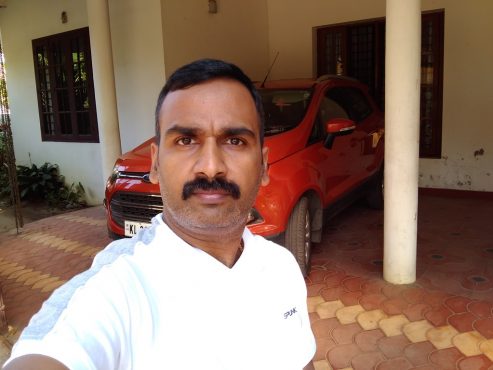 The screen on time (SoT) of the device is almost close to 10-12 hours and this is an exceptional performance. So, without a doubt, this is the device you should be buying if you are looking for best battery life.

The Lenovo P2 is priced Rs 16,999 for the 3GB RAM variant while the 4GB sells for Rs 17,999. For a phone focused on battery, the Lenovo P2 manages to score a good point in most aspects including build, display, easy to use software, good performance, and a decent camera. While the pricing is slightly on higher side, the Lenovo P2 still makes great value for money for people looking for great battery life, especially frequent travelers.

If battery life is your priority, without a doubt, the Lenovo P2 is the best you can get!

How Vivo has Created the Best Selfie Experience with Vivo V5 and V5 Plus
Vivo V5 Plus Selfie Camera Review- The Perfect Duo!