iPhone 7 was announced in India mid-October and comes with improved features making it the best iPhone till date. Apple has gone incremental with iPhone 7 and there is no major change in terms of design as it retains the almost same look and feel of iPhone 6S.

Apple has also added one of the most sought features, the IP67, water and dust resistance. So lets see how good the iPhone 7 is in the detailed review.

In the design department, Apple has done a safe play without much change in the design. It looks more or less like the iPhone 6S with slight changes in the antenna lines. There isn’t any radical update to the iPhone 7 in the design department. Apple has managed to please the crowd with the new Jet Black variant along with the standard black variant. Another new addition is the IP67 water and dust resistance which has been a long-pending demand.

The iPhone 7 has the same curved edges as that of iPhone 6S with antenna lines placed on the edges instead of the rear panel. There is a camera hump on the rear panel for the 12MP shooter. While the 7 Plus comes with dual cameras, the iPhone 7 features the 12MP camera with improved features. There is a dual tone dual LED flash placed next to it along with Apple logo at the center. The bottom section houses the lightning port without the 3.5mm audio jack. There is also a stereo speaker placed beside. The antenna lines are more evident in the rose gold version while it is hardly visible in the black variant. On the right side, you have the power button and the SIM tray which can house a nano SIM card. On the left side, there is the slider for silent mode and the volume buttons.

While the Jet Black has a glossy finish prone to scratches (which even Apple warns), we liked the matte black with a great smooth finish which looks and feels premium. The iPhone 7 is 7.1mm thick and 138 grams in weight which is almost similar to the predecessor. Another  major change in iPhone 7 is the home button which is now a capacitive button, so you don’t have to press it, instead it uses haptic feedback to make it feel as if it’s been pressed.

While the design isn’t anything revolutionary it is still a good one and feels premium for the money you spent. 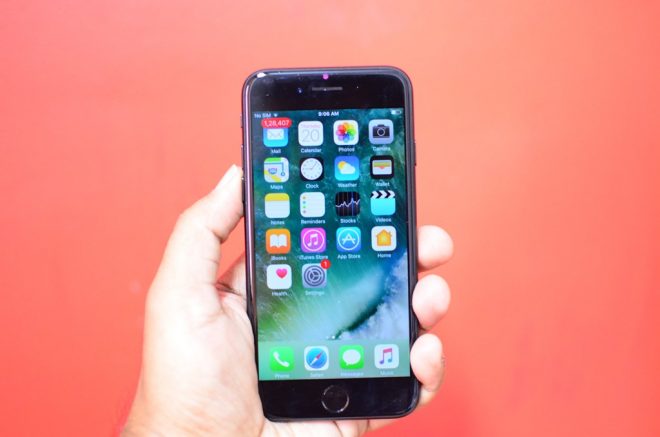 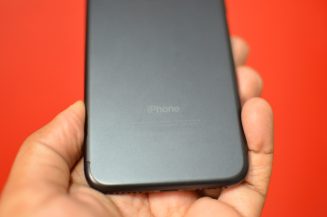 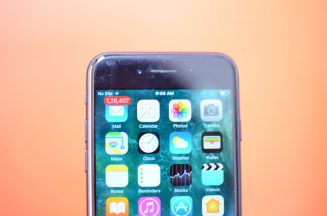 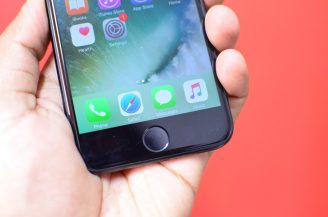 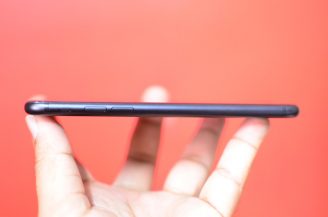 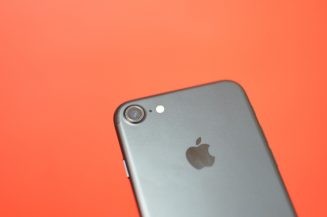 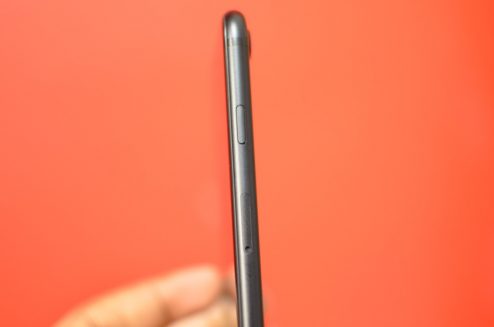 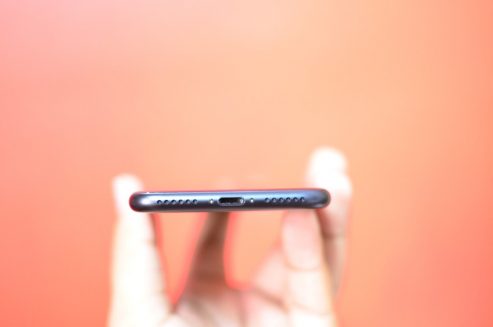 While most of the Android flagships have moved to Full HD and Quad HD displays, Apple is still using a 1,334×768 pixel 4.7-inch LCD panel on the iPhone 7. Apple claims that the display is improved with 625nits of brightness and wide color gamut which improves the colors and contrast drastically. So basically it is a bright display compared to iPhone 6S.

Even with the lower resolution, the display is a treat to use with great sharpness and viewing angles. The touch response is also excellent. The overall color quality also feels good and most people won’t have much to complain here. Apple has also improved the 3D touch which it announced last year. The 3D Touch works with different pressure levels applied on the screen.

iPhone 7 is powered by the new iOS10 and this is the latest version of Apple’s OS. There isn’t a massive change in the OS when compared to the previous version, but Apple has made refinements to a lot of aspects in iOS10.

One of the changes is to iMessage, which is now integrated with the ability to create images and the features look more or less like an integration of Facebook messenger and Snapchat. Apple Music has also gone in for a change with the new interface.

Apple’s personal digital assistant, Siri has also improved with the new version of iOS10. The 3D touch which was first announced with iPhone 6S has also improved. For example, if you use 3D touch on torch app, you get three options for torch light- bright, medium and low.

You also have the option to delete native apps like Stocks.The lock screen has also been redesigned. Apple has done away with the iconic Slide to Unlock option and now you have to tap on the home button to unlock the device with a fingerprint.

Raise to Wakeup is a new feature which wakes up your phone when you pick it up. While there are a lot of improvements to the notification center, we still feel Android does a better job here.

iPhone 7 is powered by Apple’s new A10 Fusion core coupled with 2GB of RAM. Apple is using a Quad core chipset for the first time and the performance is top notch and the best performance from an iPhone till date. Be it gaming, multi-tasking or running heavy apps, all these work perfectly well on the new iPhone 7.

A10’s Quad cores work in a different manner with two powerful cores for heavy tasks like 3D gaming and the two lesser powerful cores for smaller tasks like emails or SMS. The phone comes in three storage variants, 32GB, 128GB and 256GB and for the first time, Apple has killed the 16GB variant which is a good move.

iPhone 7 is probably the most powerful phone in terms of benchmark scores and it is even better than Samsung’s Galaxy S7. RAM management is implemented perfectly well on the new iPhone 7 and is a breeze to use. The call quality on the device was very good and so was the speaker performance.

iPhone 7 comes with one of the most important upgrades, the camera. The new iPhone 7 come with a 12 MP six-optic lens, f/1.8, 28mm, phase detection autofocus, OIS, quad-LED (dual tone) flash which makes it one of the best cameras on the specs sheet. There is also a 7MP front camera for selfies. For the first time, the iPhone 7 comes with OIS which was previously available only for the Plus variant. The camera interface is quite similar to the previous version and is one of the fastest camera interface out there.

A wider aperture makes room for more light and better sharpness in the photos. While the camera performance was quite good, the colors were slightly on the warmer side and do not beat the like of Samsung Galaxy S7 which is considered to be one of the best cameras in smartphones. The low light performance of the iPhone 7 was quite impressive with noise levels contained and with OIS it shines. 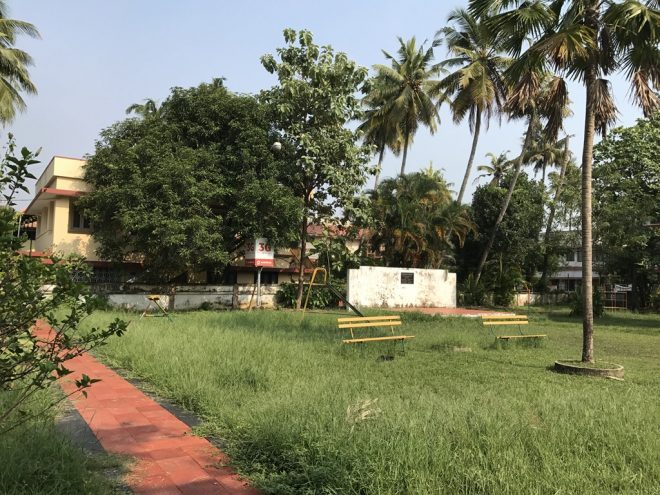 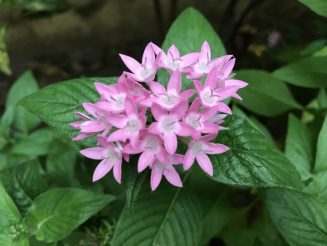 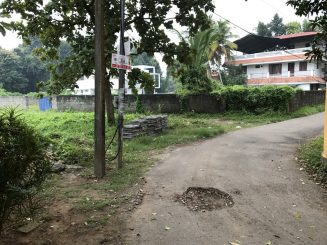 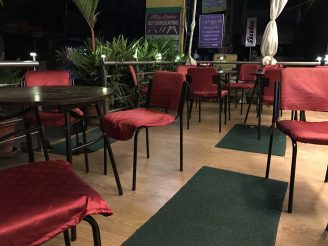 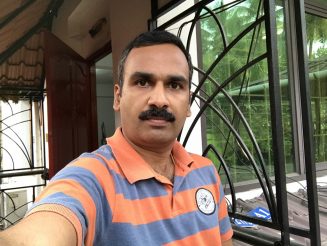 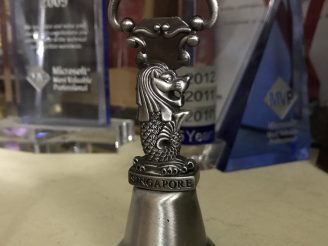 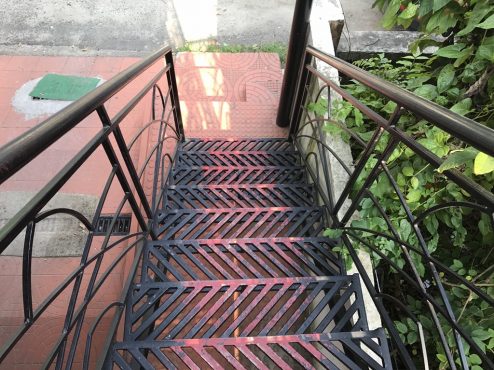 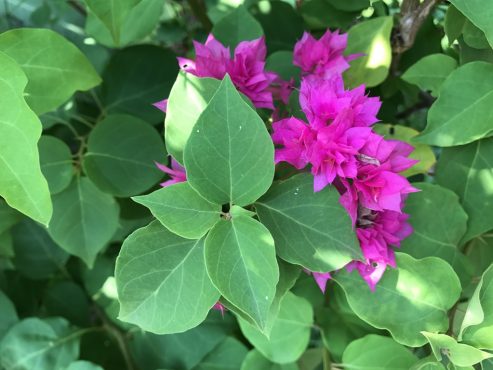 recording. The front facing 7MP camera is also good and does a good job with selfies. Here are the camera samples taken with iPhone 7.

Apple claims that the battery performance of iPhone 7 has been improved and you have 2 more hours of battery life when compared to iPhone 6S. When we tested the battery performance of the iPhone 7 we found it to be average and not class leading for a flagship product. Android phones obviously have a bigger capacity battery and hence they perform much better. If you are a moderate user, you could get through a day of usage without many issues, but for a heavy user, you might search for the charger before the end of the day. Also, iPhone 7 does not have any fast charging like Galaxy S7 or the OnePlus 3, but it does relatively faster at around 90 minutes to full charge.

Battery life is still a weak aspect of the iPhone 7, but on the other hand, the iPhone 7 Plus has a higher capacity battery.

iPhone 7 is definitely a good upgrade over iPhone 6 or 6S with a better display, cameras and also powerful A10 chipset along with the IP67 rating. The base price of iPhone 7 in India is Rs 60,000 for the 32GB variant and if you are looking for a premium smartphone, then iPhone 7 is a great buy. There is also iPhone 7 Plus if you want dual camera.