At the CES 2015, ASUS had announced the second generation Zenfone, the ASUS Zenfone 2. Unlike the first generation, the Zenfone 2 comes in multiple variants and has excellent specs. The top end variant of Zenfone 2 features a 5.5 inch Full HD display and is powered by Super Quad Core 64 bit processors from Intel (Z3580) clocked at 2.3Ghz. There is also 4GB RAM available and this is the first smartphone to feature 4GB RAM.

The phone also comes with Android 5.0 Lollipop and on top of it, there is the improved Zen UI. Zen UI is one of the best custom UIs on any Android phone and the company has further enhanced it with gestures and new customization options. Here is the detailed review of Zenfone 2 (ZE551ML).

Design wise, ASUS has retained lot of elements from the Zenfone 5 and also borrowed design from LG G3. The front panel does not feature any change and comes with the three capacitive buttons and the finish below it. The bezels of the device isn’t way too low, but slightly better than Zenfone 5. The rear panel has a curved finish and more pronounced than Zenfone 5. It also comes in plastic with a brushed metal feel reminiscent of HTC One M8. The device is slim towards the edges, so holding it is pretty easy and the thickness goes over 10mm at the center. At 170gms, it is also not a light weight phablet. 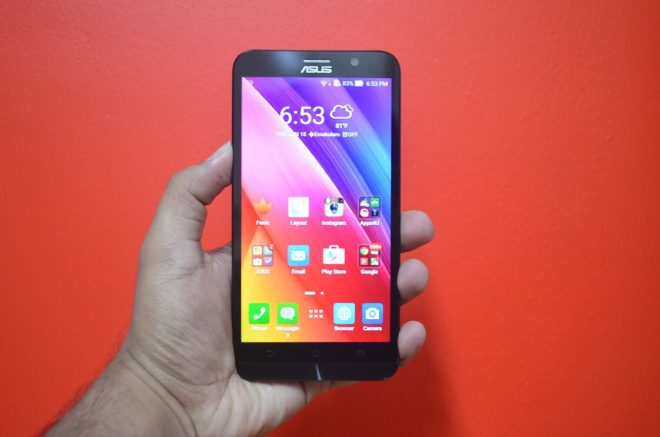 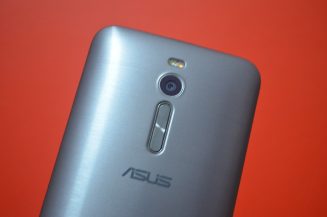 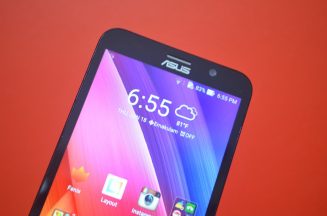 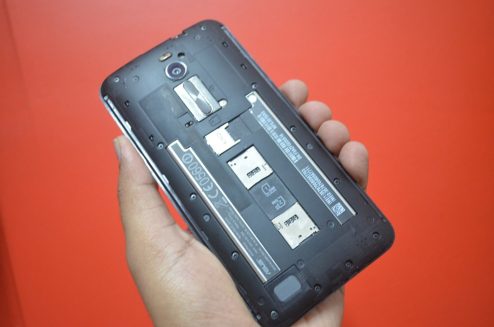 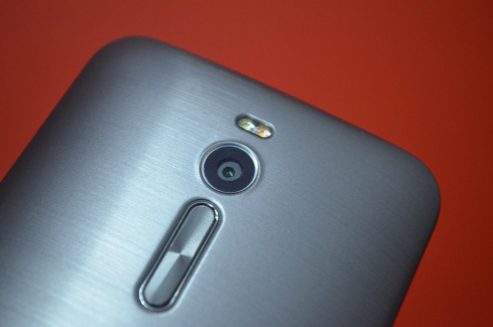 The sides of the device do not have any buttons, the volume keys are moved to the rear panel similar to LG’s G3 and they have been given a metallic touch. The rear panel also houses the 13MP camera and dual tone LED flash along with ASU S branding and speaker.

The front panel has the selfie camera, 5.5-inch screen covered by Gorilla Glass 3 and three capacitive buttons which are not backlit, but does offer haptic feedback. The power button which is on the top panel is awkwardly placed and does not have enough travel as well. Most of the time you end up pressing atleast 2-3 times to get the power button working, but thankfully there is double tap to wake on the display. 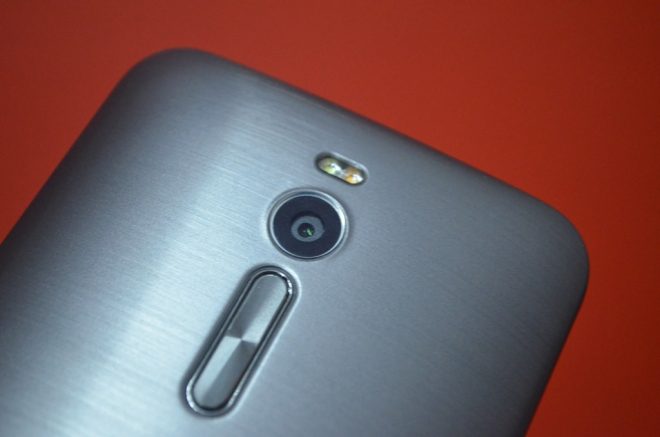 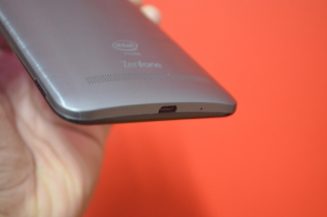 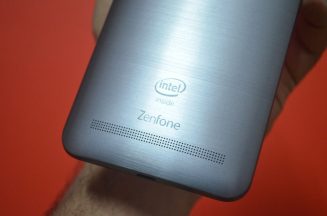 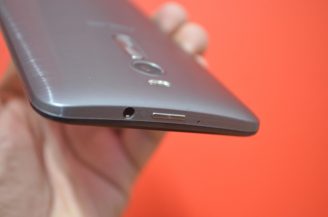 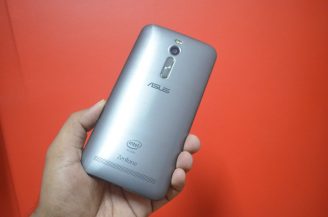 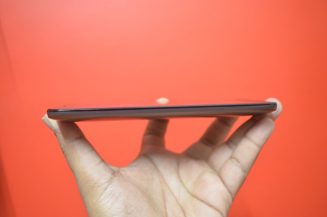 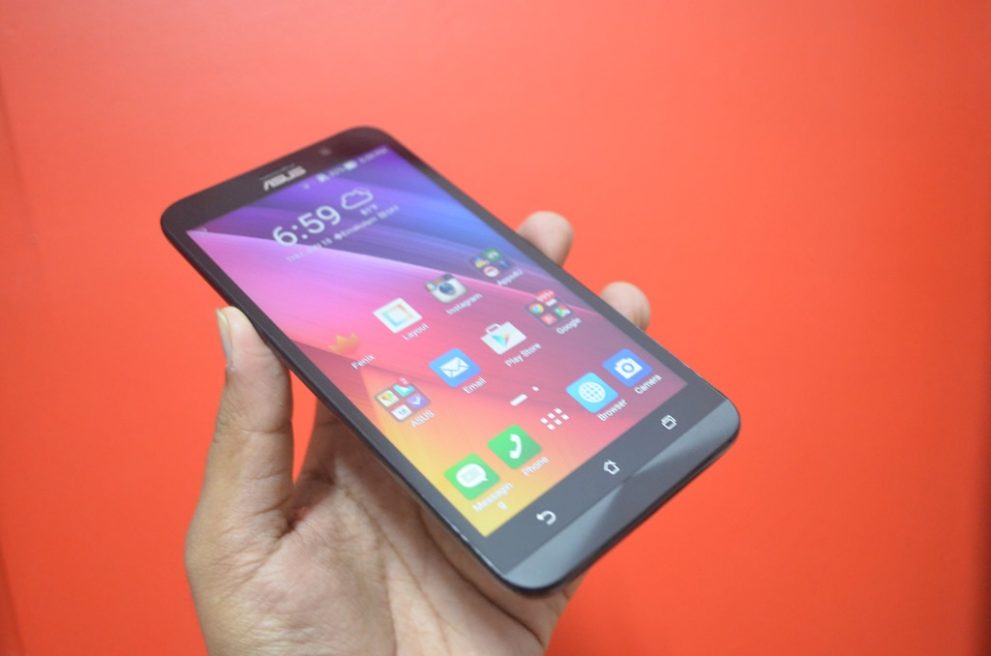 Overall, while the build quality is good, it does not give a premium feel like the Xiaomi Mi4 or OnePlus One.

The phone comes with a 5.5inch Full HD display which has a resolution of 1920 X 1080p. It has 401 pixels per inch and the display is fairly good, but the moment you look at the display on Mi4 or OnePlus, you get a feel that Zenfone 2 looks inferior. There is Corning Gorilla Glass 3 protection and the touch response looks pretty good. The brightness levels are also not very high. The screen is pretty sharp as well and should be good for multimedia consumption and also gaming.

Zenfone 2 comes with Android 5.0 with the custom Zen UI. When we reviewed the Zenfone 5 last year, we did mention Zen UI is one of the usable ROMs on Android. There isnt much change in the Zen UI on Lollipop powered Zenfone 2 when compared to the previous version.

The notification center is a completely customized and sports almost all quick toggles which is customizable. Unlike most of the Chinese based ROMs, there is an app drawer in Zenfone 2 and it also comes with quite a lot of options to organize the apps.

There is smart grouping available where in you can automatically sort apps based on category. The settings menu also comes with a customized look and the phone runs Android 5.0. There are quite a lot of additional options included by ASUS.

The phone also feature a handful of gestures including double tap to wake, double tap to sleep, screen gestures to open apps and also motion gestures. There is also an easy mode which makes the UI lighter and easier to use, specifically useful for elderly people and comes with basic options alone.

Multitasking is implemented the Android Lollipop way, but does offer additional feature of pinning app. The Zen UI also comes with themes support, but has only handful of themes and limited options to download new ones. You can also download icon packs from Play store and install them.

UI is mostly responsive and we seldom faced any lags or issues, but the biggest issue with Zenfone 2 is the amount of bloatwares the phone ships with. There are lots of third party unwanted apps included in the UI which we feel ASUS should have excluded. Many of these apps cannot be uninstalled and this is one big issue as it consumes memory.

While the UI offers plenty of features, it is not as polished as MIUI.

The ZenFone 2 is powered by Intel Atom Z3580 quad-core processor clocked at 2.3GHz and it is first smartphone in the world to have 4GB RAM. There is also 32GB internal storage available on the phone of which around 23GB is usable.

The performance of the device with 4GB RAM and Intel Quad core processor with great and it was able to perform every task with ease. We never experience any lag on this device and most of the time there was around 2GB of RAM available for use.

The gaming experience of the device was good and the 5.5 inch Full HD display is suited for it. You can play highly graphic rich games with any frame drops or lags. The call quality on the device was good and we never experienced any call drops and the signal strength was good. The rear speaker performance was decent, but the output wasn’t the best when you increase the volume. The phone comes with dual SIM card and has support for 4G LTE in India.

Zenfone 2 features a 13MP camera with the Pixel Master technology and dual tone LED flash and a 5MP front facing camera for selfies and video calls. The camera interface is mostly unchanged and comes with plethora of options and modes including night mode, HDR, Manual, low light, depth of field, panorama, effects and more. The interface is fairly decent and easy to use.

The manual mode offers control on almost all aspects of the photo and is pretty good to control the photo quality. Now coming to the camera performance, the daylight shots have pretty good amount of clartity and detailing and the colors also look pretty decent. But the issue with the camera is lack of consistency in photos. The camera delivered mixed results in daylight. The macro or the close up shots were pretty good and it did add the bokeh effect to the photos.

Coming to the low light abilities, this is where the camera fails and does not even match up to the performance of Zenfone 5. The low images were grainy and lacked details. The dual tone flash performance was also not the best.

The front facing 5MP camera can capture decent selfies and works well with the different modes available to customize. The phone can record videos in 1080p and the quality was pretty good. While the camera on Zenfone 2 can perform decently, it does not beat the Xiaomi Mi4 or the OnePlus one in terms of overall performance. 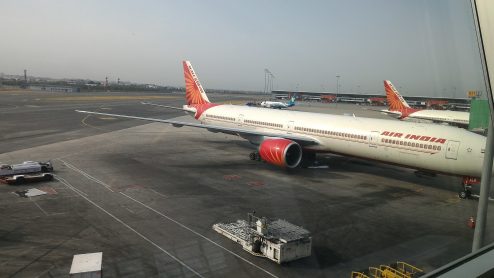 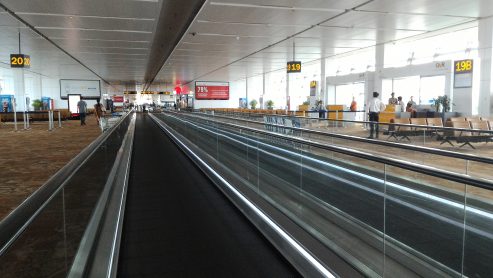 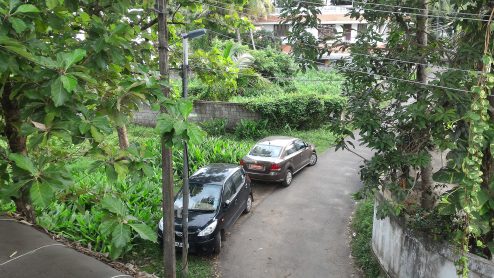 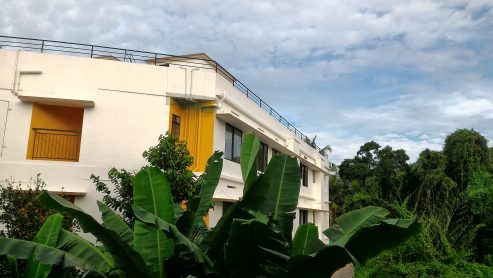 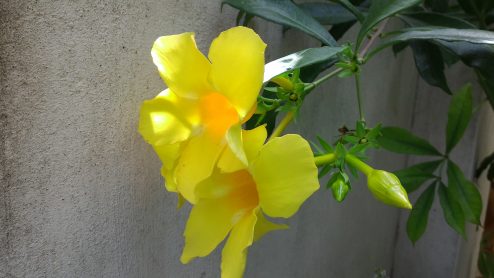 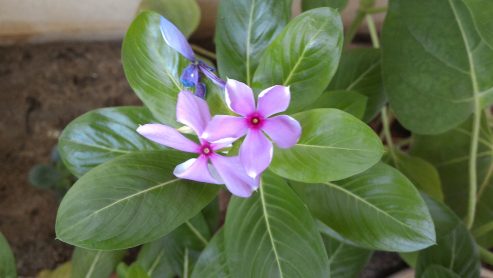 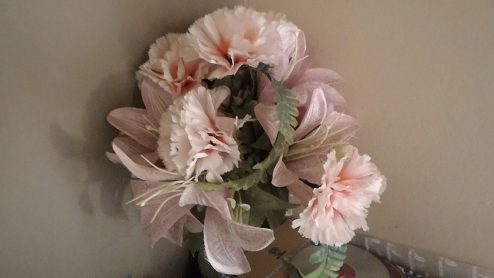 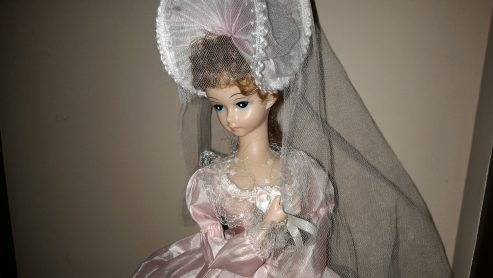 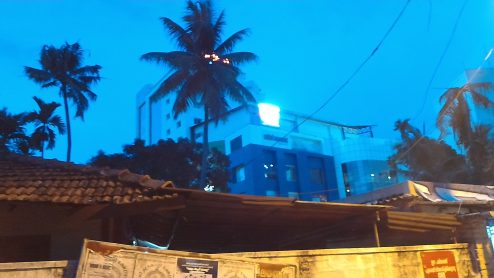 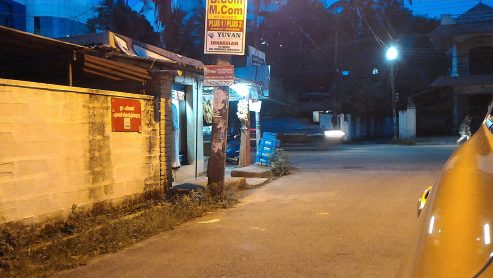 Similar to other phablets in this price point, the Zenfone 2 also comes with 3000mAh battery and the performance was pretty decent. We tested the battery capacity with social apps, emails, a bit of gaming and also using the camera along with calls. We managed to get almost 20-22 hours with 3.5 hours of screen on time.

While the performance is pretty good, it still does not match up with Mi4 or the OnePlus One.

The phone also comes with power management tools to get additional battery life on your phone. You can customize these mode and switch them automatically when battery is low.

Should I buy it? Zenfone 2 is great value for money for the specs it offers, the 2.3Ghz variant with 32GB storage and 4GB RAM is priced Rs 19999 which makes excellent deal. But having said that the phone competes with Mi4 and OnePlus One and loses out on multiple aspects to the competition including display, camera and battery performance.

If you are looking for a powerful phone, then the Zenfone 2 is a good deal with multiple choices in the form of variants.