Moto has had a great success in India with the G series phones. Ever since the release of first Moto G smartphone, it has been one of the most sought after devices every year. This year, Moto has announced the successor to Moto G4 Plus, the G5 Plus in India couple of weeks back.

The device comes with 5.2 inches Full HD display and is powered by Snapdragon 625 Octa core processor with 4GB of RAM. It also has a 12MP rear camera with f/1.7 aperture. So how does the Moto G5 Plus perform in this segment? Let’s find out in this detailed review.

Moto devices have had a distinctive look and have evolved in terms of design since the first Moto G phone came. But even for Moto g4 Plus, the company used a plastic finishing which didn’t give a great overall finishing. But finally with Moto G5 Plus, the build quality is vastly improved and it now sports a metallic unibody design. It sports an aluminum finish and definitely feels sturdy. It looks strikingly beautiful from the front, while the rear panel has a design inspired by the Z series with a circular projected ring for the camera unit.

There are some chrome accents around the side panels which add to the beauty of the device. The fingerprint scanner on the front panel has also gone in for a change with an oval shape and recessed scanner. The rear panel houses the 12MP camera, dual LED flash integrated into a single unit and below it is the engraved Moto logo.

The power and the volume keys are on the right side while the top houses the SIM tray. The bottom panel houses the micro USB and the 3.5mm audio jack. Overall, the Moto G5 Plus definitely feels good to hold with the smaller form factor. 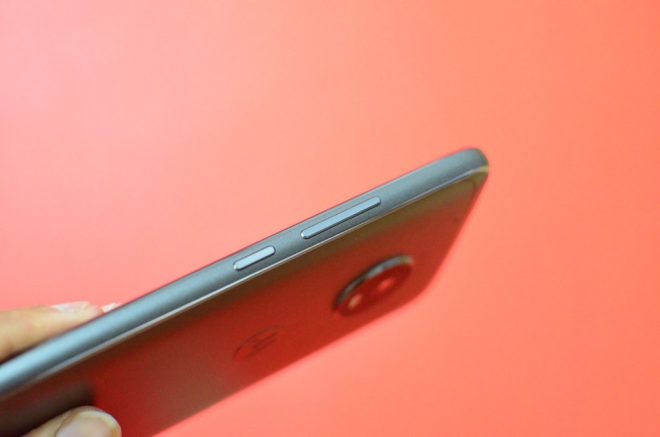 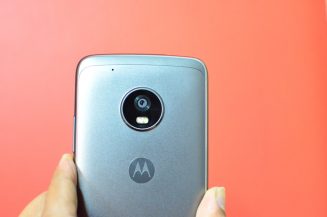 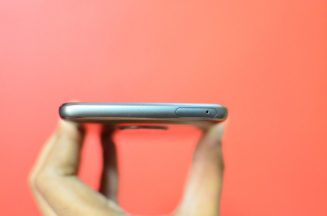 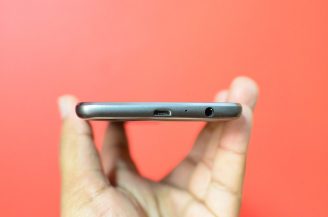 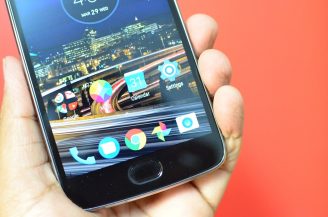 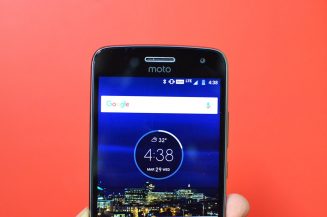 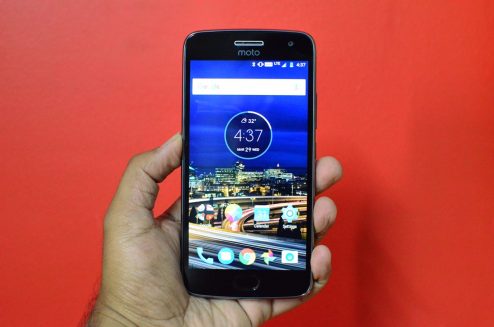 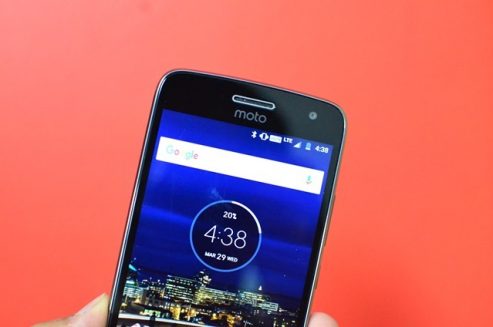 With the G5 Plus, Moto has made the display size a bit smaller compared to G4 Plus. It now comes with a 5.2 inch Full HD IPS LCD panel with 1080p (full HD) resolution. The display quality is good and the viewing angles are also good. The colors and sharpness levels are again quite good, so is the touch response. There is also Corning Gorilla glass protection offered on the display. You can also set the display colors from the settings. Overall, the display feels quite good and it is definitely a vivid display.

One of the most important aspects of using a Moto device is the pure Android experience. The Moto G5 Plus comes with Android 7.0 Nougat with the stock UI. The phone comes with app drawer similar to the Pixel. The notification center and quick toggles are exactly the same as that you get on stock UI.

The only additional app on G5 Plus is the Moto app which provides actions and gestures. Moto has added a couple of new gestures in G5 Plus and you can also turn off on-screen navigational button and use the fingerprint scanner. You can also enable the System UI tweaker by pressing and holding the gear icon in the notification panel. This provides an additional option to tweak the quick toggles.

The Moto app provides you with some gestures which include switching on flashlight and camera. There is also a display option where you can see the notification when the display is turned off. Overall, if you are a person who loves pure Android experience, Moto G5 Plus won’t disappoint you.

The Moto G5 Plus is powered by the Snapdragon 625 Octa core processor clocked at 2.0Ghz and coupled with 4GB of RAM and 32GB of storage. The base variant comes with 3GB of RAM and 16GB storage. The phone performs well in day to day usage and there was hardly any issues we faced during our testing. It responded well to all the tasks it was put to. The gaming performance of the device was also quite good and barring a few frame skips, it was quite good overall performance. Since the phone comes with stock Android experience, the performance was good.

Multitasking is also implemented in the stock Android manner and you also get split screen mode. The phone comes with dual SIM cards and dedicated micro SD card slot along with 4G LTE and VoLTE. The phone has front firing speakers and it works quite well. The call quality of the device is also very good.

The camera is definitely the highlight of the device especially when the predecessor, Moto G4 Plus was a great performer in terms of camera. The G5 Plus comes with a 12MP camera with F/1.7, probably the only other smartphone other than Galaxy S7 with a f/1.7 aperture. There is also dual autofocus pixel and dual LED flash along with the 5MP front camera for selfies with screen flash.

The camera interface is unchanged and sports the same simple interface we saw on G4 Plus. Additionally, the G5 Plus comes with 4K video recording. Now coming to the camera samples taken with the device, the daylight shots came out well with good detailing and color quality. The sharpness levels are also quite good, but at times, the photos did exhibit a yellow tint and slightly warmer tones. The close-up images also looked good with decent bokeh effects. But unlike the Honor 6X or Cool1, you cannot control the bokeh in G5 Plus. Also, the dual autofocus pixel was not as fast as the laser auto focus and we did have some issues focusing extremely close up objects.

Now coming to low light experience, the camera performed quite well with the F/1.7 and this allows plenty of light into the photo making the image more clearer than most other phones. But at the same time, with additional light, noise also creeps in which is not controlled much. As a result, you get well-lit photos, but at the same time, there is some noise. The selfie experience is quite similar to what we have seen on G4 Plus. There is 4k video recording along with 1080p and the quality was quite good for a phone in this segment.

Overall, the camera on the G5 Plus is definitely one of the good aspects, but it is not the best in the category. Here are some of the samples taken with the device. 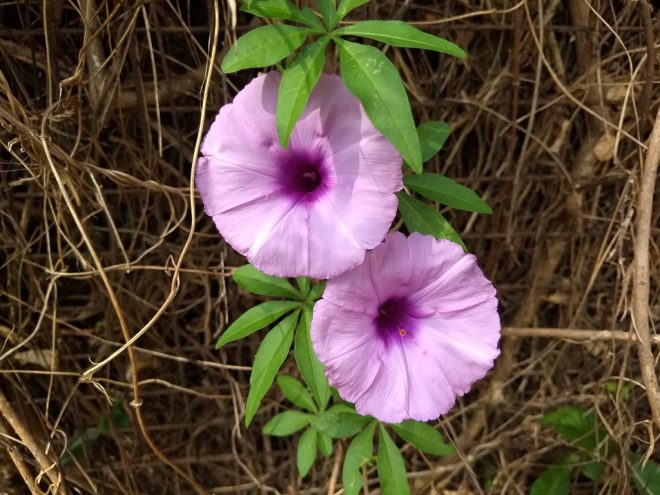 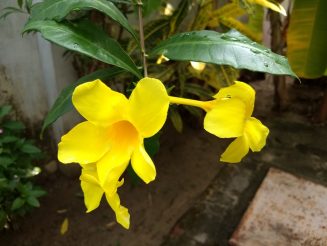 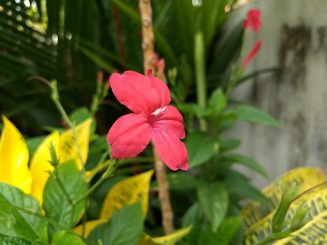 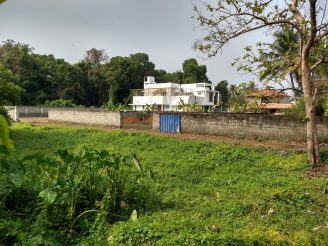 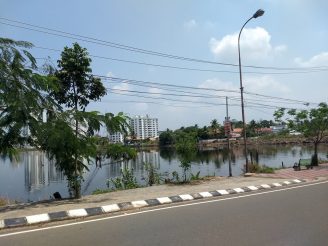 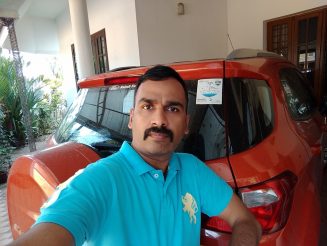 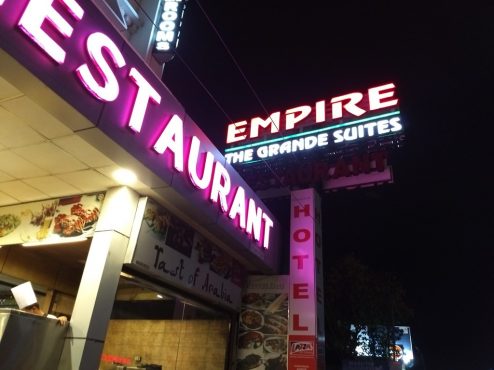 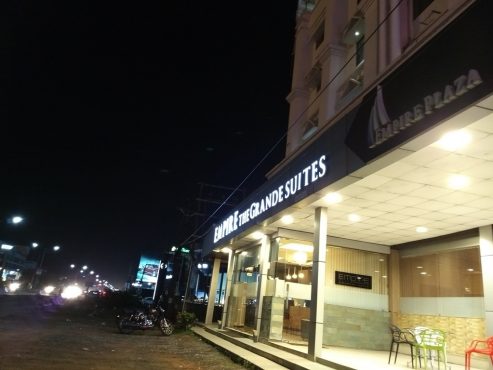 Moto G5 Plus comes with 3000mAh battery and it also features the turbocharging similar to previous generation Moto phones. The battery performance of the device is pretty good with the Snapdragon 625 chipset and when we tested the device with social sites, apps, games, camera usage and day to day usage, we got almost close to 1.5 days of battery life with 6 hours of screen on time (approx), which is quite good considering the capacity.

Most users will easily get more than a day of usage even if you are a heavy user.

Moto G5 Plus is a good overall package from Lenovo with good build quality, excellent software experience, great camera with good performance and battery life. Priced at Rs 14,999 for the 3GB RAM variant, the G5 Plus is slightly pricey compared to the competition and offers only 16GB of storage. Some of the other cons include lack of compass sensor and LED light.

If you want pure Android experience, Moto G5 Plus is probably the best you can get now.

Continue Reading
Advertisement
You may also like...
Related Topics:Moto G5 Plus, Reviews